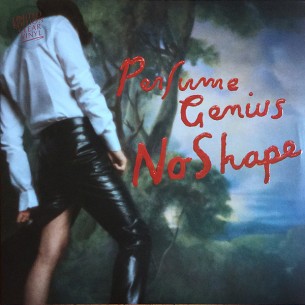 After watching the documentary, “David Bowie: The Last Five Years” and forcing myself to refeel … what do you call those things … feelings!? I wanted to hear what “art pop” has to offer the world now of days.

Art Pop: Bjork, Kanye West, Grimes, FKA Twigs. Listen to the lyrics on Bowie’s “Fame” for a while, then realize it’s one of the most famous songs in the world. That’s art pop.

Anyway, Perfume Genius. The kid sings that dope ass shaky falsetto straight from The Temptations. With this new album he’s officially throwing his hat in with Kate Bush and Prince … aaaaand good the fuck luck with that buddy boy. Listen to “Go Ahead” and you’ll hear Prince. And Kate Bush is sewn into the lining. Honestly? I couldn’t wait for the album to finish. But … it’s a step closer to something really fucking cool.

This guy is on an imaginary list in my head called, “Scary Kids to Look Out For”. This whole tortured artist shit he was doing before just didn’t suit (listen to “I’m a Mother” on his album Too Bright and you’ll catch my drift, then you’ll need a Valium or six). But now? He’s playing with drums and Fender Rhodes.

Fuck the single by the way (song 2) it’s obvious. It’s a bad version of Vampire Weekend mixed with Bush. It’s flat. Boring. It will be forgotten in a couple months. It’s fun in the moment but, overall, it’s not worth it. Kinda like that one time I punched that clown at that kid’s party, then had to deal with all those angry parents after.

“Run Me Through” the second to last song is … damn. It’s something that combines his love of soundscape, pop sensibilities, and (dare I say it) a bit of Radiohead? Most of all, it’s re-listenable, which means something in this pop game.

Is it Prince? Not at all. But Prince also made Planet Earth. Bowie made Tin Machine. Bush made … Red Shoes? Is that a bad album? Anyway, sometimes making good art is just throwing paint on the canvas until something works. And this kid seems to be headed in the right direction. I don’t know if he’s got the chops to knock boots with the greats, but at least he’s trying to step up instead of recording an hour of crying into a couch cushion and calling it a single, which is where I feared he would go.

He didn’t blow my hat off with his album, but I’m proud he’s in the ring. I’ll keep him on my list for an album a day. Then, maybe in 3–4 years time, he’ll make something that will make me eat all these words … just like I ate that kid’s birthday cake in front of those crying children and screaming parents.