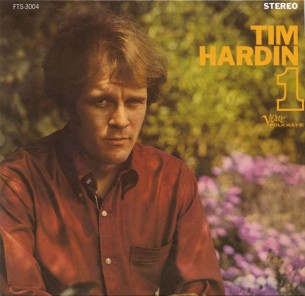 Alright motherfuckers, now that I’ve gone through a handful of new or semi-new records I think it’s about grand time to talk about one of the, “Great Unknowns”. So, what do Johnny Cash, The Four Tops, Neil Diamond, Elton John, The Byrds, Gram Parsons, Ron Sexsmith, The Carpenters, Billy Bragg, Sonny and Cher, Dolly Parton, Doc Watson, Echo & the Bunnymen, Robert Plant, Rod Sterwart, Scott Walker, Fleetwood Mac all have in common? Obviously, it’s Tim fucking Hardin. They all covered his songs. It’s in the fucking title, buddy. That should have been easy.

This album has a song called, “Reason to Believe”. If you haven’t heard the version from Rod Stewart, you should do that. Because, if you are anything like I was, you will listen to Tim’s version and not have any fucks or shits to give. Because it’s easy to determine good songs based on performance and not by their merit. But these are great songs if you just listen into them, find the heart, and hear them sung honestly by the man who wrote them. They are not dressed in rock and roll or sparkles and sunshine. They aren’t meant to impress, they are meant to confess.

So, where did Hardin go? Well, he disappeared with the rest of the wave in the late 70s. He had stage fright and a terrible heroin addiction. He even sold the rights to his songs to ride that sweet horse. So now his son is just like any other dude except that he’s got some cool stories about Hendrix in his kitchen when he was a baby. And, despite being scared of performance, Hardin did perform at Woodstock in 1969. The guy should have a legendary status but instead he died from a drug overdose in 1980 and is mostly unknown. So, try him out for a single day. See if you like any of his tunes. If you pluck a guitar, find your favourite song and try one on for size. You never know what might tickle your fancy. And who knows, maybe I can finally tell Dylan he can stop working at my local Walmart for grocery money, and he can go back to a world that actually gives a shit about what good songwriting is.