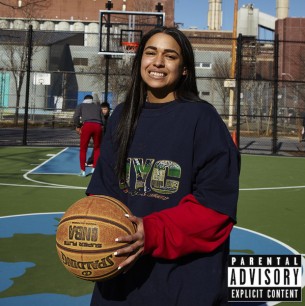 Princess Nokia is fucking awesome. With her “little titties and my phat belly I could take your man if you finna let me. It’s a guarantee that he won’t forget me. My body little, my soul heavy.”

We hear the phrase, “confidence is everything” a lot, but do we actually believe that shit? Yet, I hear a rap song in a strong feminine voice and then I’m like. “Ya, bodies that differ from conventional beauty standards are fucking sexy as hell man. They’re exotic, they have so much to offer, and what the fuck are you doing to me Princess Nokia!?” Destroying culturally established standards of beauty that billions of dollars worth of television and publicity built within me with a confidence that could part the Red fucking Sea, that’s what she’s fucking doing. With this fact alone this album should get a “gold star”. But shit, this stuff is also autobiographical as fuck. Her flow is smoother than warm honey midway through a thick pour into a pool of tepid olive oil, and the grit in her voice is not trying to resemble the bark and brawl of early hip-hop, it’s modern and new. And what’s more, all of this is fucking entertaining.

1992, year she was born. First song she goes into detail of her life as a young girl and compares it with Bart Simpson, which is also the song title. She skateboards, she’s kinda nerdy, wears baggy jeans, but somehow she makes this shit sound so fucking cool. Other songs like Kitana are examples of losing a bit of lyrical grit for flow and style. I would say this is a weakness but damn, I can’t do what she’s doing. Songs like Brujas are where I go, “nawww, you can’t be fucking serious”. Cause the lyrics and flow and messages are all so fucking good. Let’s open this bitch up a little for ya: “Brujas” is Spanish for witches. Instead of this being anything remotely negative, she wears the title like a superpower, “don’t fuck with my energy!” “I’m a shapeshifting bitch you don’t know who you’re loving.” She uses her history, her gender, and her mixed race as something to be feared and powerful like with witches. Cool right?

Some things that might help with this album. First off, G.O.A.T. means greatest of all time, just in case you never listened to LL Cool J. What’s more, the production is part of the art. It emulates old school gangsta rap. You know. The ’90s. O.J. time. N.W.A. type of shit. That time when a marginalized group decided to use music, and their oppressor’s own fear, to promote a message against them and help the suppressed feel strength in  … oh fuck. Ya now I get it. It works for women as well. Well, fuck. I’m a fucking idiot.

Rap is some powerful music. It’s been used to help break through chains as well as create new ones. I’m happy that someone like Princess Nokia (Nokia phones have been known to be indestructible. Huh? Huh?! Get it!) has been able to harness the craft. I look forward to her future, and I’m just happy to have this playing in the background.

Favourite song, “Tomboy”. Cause that beat’s fly and those lyrics sick. Enjoy.