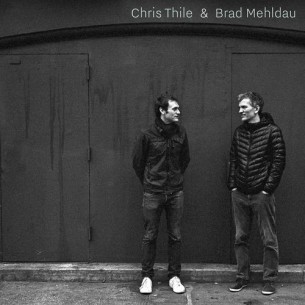 I fucking love Brad Mehldau. He was my first modern jazz crush. I know. I know! You never forget your first. He wasn’t like all the other boys: that bad boy Thelonious Monk, or the scary and mysterious Miles Davis, or that cutie John Coltrane. He’s an actual real life boy. And his trio with drummer Jorge Rossy (heart goes: pitter-patter-pitter-patter), and Larry Grenadier on bass (a fanatical fan-girl scream leading into a complete loss of bodily functions). Like in The Art Of the Trio 1–4, and anything Brad solo. Oh my God! He’s so fucking hot. He needs to make so many students based on his style! What a dreamboat…

And Chris Thile … the first repeat artist up on this blog so far and I’m not ashamed of it. The guy is fucking talented and he’s still young. He’s going to fuck up the music scene for many years to come. Fucking rights. Break down the doors of convention with a fucking mandolin. A mandolin!

So, both these guys can fucking play. Like, fuck, these motherfuckers can play. Like, shit, everyone else should kind of just give up. Their solos are perfect. They are on point. They are unique and fun.

So, Chris Thile and Brad Mehldau sing on this shit. I’m pretty sure that’s a first combo for that. These guys aren’t singers at all by the way. Chris Thile takes the lead and his voice isn’t bad. He has that subtle tenor voice that can only come from someone who spent years playing in the band. And Mehldau, well, he kind of sings? He throws down some harmony to Thile. The notes are right cause Mehldau has perfect pitch (that’s right, I’m a huge fucking fan girl) but it’s more of a moan than singing. But they aren’t trying to be vocal and instrumental virtuosos, honestly they are just having fun. And I’m fine with that, but why not add some crazy fucked up good vocalist as well? You have one of the best living, if not the best living, jazz pianist alongside the best, and most broad ranged, living mandolin player playing with each other. So why are you singing? I’m happy you guys are having fun, but do you know how much better it would have been if you got some fucking crazy singer in there? Just feels like a lost opportunity.

Anyway, their cover of Elliott Smith’s “Independence Day” is one of the nicest recordings I’ve heard in a long time. It not only shows what good players Thile and Mehldau are, but also how good of a songwriter Elliott Smith was. It’s a bad ass tune. The album is great as well. I wish I could have seen it live. But… I missed Rossy and Grenadier. There are other bassists and drummers that could have worked as well but I can’t think of any off the top of my head. If the drummer wasn’t up to par to these two, it would be like watching Picasso paint a picture next to a drunk homeless man puking on a brick wall. It’s just not the same thing. But this isn’t meant for me to come up with my jazz superband. It’s a good album. It’s a great listen. And I love jazz records that play modern standards (Radiohead, Elliott Smith, and such) verses classic standards that only jazz heads know about.