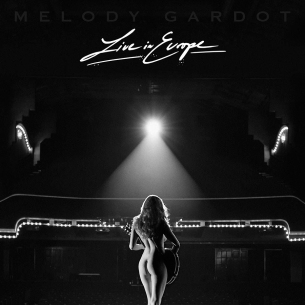 Sometimes vocal jazz records have the power to completely seduce. I don’t mean this metaphorically, it’s an auditorium of tight pants and wet seats. There are certain singers that literally bring a fire into the loins. Vocal jazz records you wouldn’t listen to in a dentist’s office. Given, it’s difficult to casually sit next to someone when you’re visibly aroused. But I argue that this tumescence has nothing to do with the physicality of the singer (though a little dash of dimple hasn’t killed anyone yet). The female jazz singer is an archetype that feels as old as time. When one comes into the scene, you know they will be wise beyond their years, exude a sexuality like a siren in a Greek Epic, and give some necessary advice for no apparent reason, whether through song or a bit of dialogue. When I hear Melody Gardot I’m transported into a postmodern noir flick somewhere between Lynch’s “Mulholland Drive” and Nolan’s “Memento”. If you want to slide your way throughout your day with the smoothness of butter, have the wit of a standup comedian, and the wisdom of a philosophical mob boss; listen to this then go about your day.

It’s not just the style of this album, it’s how masterfully it’s done. People don’t become jazz solo singers easily. You think the movie Whiplash was competitive? Fuck that. Think of that movie then add cleavage, monthlies, and gender rivalry. They’re not only competing with the others around them, they compete with the masters set before them. Why would anyone buy your album when they have Ella Fitzgerald, Sarah Vaughan, and Billie Holiday to listen to? Well, Melody makes a strong argument. She pushed her way through the masses with a warm honesty, professionalism, and exoticness.

This album is 3 discs long and clocks in at 1:45. It’s a collection or live recordings from her tour during 2012–2016. Her tone, attitude, and backing band are unbelievably good. It’s a nice simple listen to put on at any time of day. It goes up there with many of my favourite vocal jazz albums. I’ve never regretted a day when I put on these types of albums. It just shifts the room in a way. Before you listen you might be stressed, agitated, or fucking pissed off with the fucked up fucking world. Then, after a few songs drift by, it just chills everything out. Sure, maybe I just described coffee shop music. But what’s the problem with that? Sometimes the world needs some coffee shop music. My argument is if it’s going to be that type of thing, why not go for the best fucking version of that? Melody herself used music to aid in her recovery after a car accident when she was 19. Unable to sit at a piano, she learned to sing and play some guitar. Now she’s bigger than she would ever have been beforehand. If there’s coffee shop music that literally helped mend broken bones, then it’s gotta be pretty fucking good.