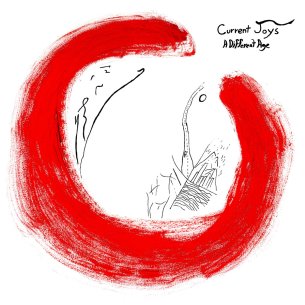 Halfway through listening to this album, I passed my headphones over to my partner and played song one over again. The reason? This album hit me right in the chest. In that place that tightens whenever music makes you nostalgic. You know what I’m talking about. It’s that piece of yourself that loves certain bands because, back when you first heard them, you were jacked the fuck up on hormones. Completely stoned out of your gourd from that biologically induced pharmacy seeping into your bloodstream and out of your pores, you had a deep love and appreciation for music that can only come from that particular time. My partner grew up during a different musical era. So, it goes without saying that this youthful hormone-induced appreciation comes from a different age. A different culture. An entirely different world. What was interesting was, it generated the same feeling in both of us. So, what the fuck?

Somehow 25-year-old Nick Rattigan knows how to trigger this shit and plays it like a fucking fiddle. Nick’s multi-recorded vocals pipe out brassy, grating, and whiny which, on some other day, might annoy the shit outta me. But today, it’s perfect. The nude instrumentation works similarly to everything else on this record. The guitar sounds like it’s being played by one of your buddies on the couch. The drums are simple, tight, and forward. There’s nothing over the top on this record. Yet, and this is important, it hits like a goddamn tidal wave. Nick is so simple and honest that you can’t help but think of those moments in your own youth. Those times when emotions were just under the skin.

Something interesting happens when you listen through this album, first off, you’ll start listening to the lyrics, whether you’re a lyric hound or not. Lyrics pop out like, “It’s so hard to stop the rain”, “Think I’d be better off at a distant planet”, “suicide’s too easy”, “this song is a joke and the melody I wrote”, “the faster we go, the longer we’ll never last”, and you’ll think, “Jesus, Nick, are you alright?” But, remember, there’s a power in confession. And it’s keeping shit bottled up that will kill ya, not spilling it out. It’s part of what music, and being human, is all about.

There are way too many motherfuckers now of days that pretend bad days don’t exist. Facebook is a tool designed to lie to everyone you know in this way. It’s strewn with hundreds of smiling faces posed in front of setting suns. Full of motherfuckers getting degrees and climbing mountains and travelling the fucking world and eating perfect salmon bagel avocado breakfasts every morning. Well, fuck ’em. And fuck that shit. And plop that avocado right into your pooper like an apostatical plumber. Branding a person like a bag of chips is not just stupid, it’s dangerous. People don’t work that way. Nick helps turn this narrative onto its head. So, instead of asking if Nick’s okay, we should be asking the faces on Facebook. Cause being human shouldn’t be something we hide, it should be something we show off. And, goddamn, this album shows this shit like it ain’t got a fuck to give. Kudos.