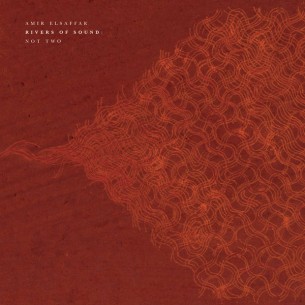 Holy shit, where the fuck did I just go?

This is the question you’ll be asking yourself after listening to this album. Sure, Amir ElSaffar’s father immigrated to the United States from Iraq, and Amir knows how to play some bizarre fucking instruments from a westerner’s point of view (If you’re white and know each word in, “I went to Baghdad to play some Iraqi maqam on the santur. But really I love the oud, buzuq, and santur rocking out next to the mridangam and the dumbek” then good the fuck for you). But I’m reluctant to bring up these facts. I don’t want this album to be viewed like some tourist snapping a picture of a bird they don’t have back home (Honey come over here! Just look at how colourful it is!) It’s not good because some of the instrumentation is unconventional by some cultural standards. It’s good because it weaves a 17-piece fucking orchestra of some of the greatest players into a world entirely of their own making. It envelopes a listener into a space within their own mind formed by sound waves. It’s transportive. It’s like Miles Davis got extremely high in an opium den and this is the music playing in his head. Or it’s like the solos in Miles “Sketches of Spain” without those terribly dated strings playing in the back. Or, if you don’t know any of those references, it’s kinda like the trumpet playing in the movie, “The Salton Sea” if Val Kilmer knew how to play and had a fucking band.

Some information to help you out.

Arabic maqam is a melodic mode (or musical scale) that’s used often in Arabic music. If you don’t know what this means, don’t worry. You’ll hear the scales played and you’ll just end up screaming, “Oh, that sounds fucking Arabic as fuck!” though you may not swear, or scream, it’s entirely up to you. But, be forewarned, this does not sound like traditional Arabic music. Oh fuck no! It’s closer to melodic jazz than Arabic music. If you’ve got a hard-on for dissonance in your musical soup then this is Viagra in homemade chicken noodle and you’re 16 years old. There’s a point in this album where a piano is tuned down to fit into Arabic maqam. It’s either going to grate your ears and just sound “off” to you or it’s going to make you writhe with pleasure. This all depends on your taste of sound and music.

For those used to harmonically scaled music, I know what this will seem like to you. But I think of harmony in music like candy and bread. It’s sweet. It’s good. But eventually it can get a bit boring. Shit gets repetitive. Then one day you try foods like wine, olives, and blue cheese and you don’t like any of them at first. But, with time, you crave them. The very mention of them makes your mouth water (as mine is now). Then you go back to candy and all you think is, “meh”. That’s what dissonance in music is like. So, if you already have this taste, enjoy this incredible platter of sound. If you don’t have the ear for it, you should try and listen for a bit. You may not like it at first, but give it a shot. I guarantee you that, eventually, you’ll crave it.