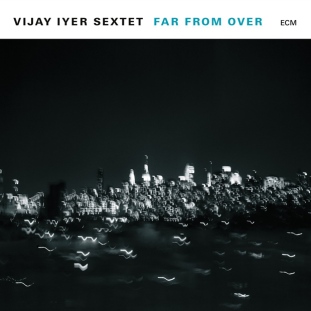 It’s the 88th day of the year! Happy piano day motherfuckers! (We can thank Nils Frahm for this [Also, if you don’t have a list ready for piano day use this one].) Because of the day, I’m going to focus on a very talented piano player Vijay Iyer, or, as most people probably called him when they’re pissed off, vi-jay-jay. But first things first:

Have you ever read Nausea from Jean-Paul Sartre? Yes? No? If you haven’t, it’s a novel from a mammoth French philosopher that’s equally great and depressing as fuuuck. He’s the type of dude to say, “L’enfer, c’est les autres” (hell is other people) and believe it. Ya, he’s one of these motherfuckers. A smack happy social butterfly. A real go-getter. Anyway, Nausea is his powerhouse novel. It’s the first thing people read from him. It’s the motherfucking opus of the bunch. So, I’ve figured out over the years that most people who start this book don’t ever finish it (no judgment, it’s pretty grim). But, let me save you some time. At the end of the novel Sartre brings up a cure for an existential crisis and angst. “What? There’s a cure for this shit?” Yep, there is. So, what is Jean-Paul’s, one of the greatest minds to have ever lived, cure for an existential crisis? It’s jazz! That’s right, motherfucking jazz. That blue-blap-blue-blomp shit. Those who listen to jazz should already know this. For those who haven’t quite gotten around to it yet, enjoy the mountains of existential depression and angst.

Vijay Iyer is the big cock of the jazz world. Everyone else at the moment is just playing hen. His playing is hypnotic. It’s cerebral. It’s the type of jazz where you need to take a nap after. It’s that deep medicine jazz that can cure existential crises if taken correctly. Vijay has awards and grants as long as his arm. He doesn’t need to prove his shit to anyone. This album is one of my favourite album releases in a while. And this is the same for most jazzers. I thought that today of all days should recognize a great player. And Vijay is not only of the best, not just a great band leader, he’s also got a cool story.

Most jazz players of this calibre took to the keys before they could reach them. Now of days, baby pianists come from families that can afford to live in places that few can. Their parents hire jazz giants to teach their budding fucking bags of skin how to play jazz for ridiculous amounts of money. It’s one of the many reasons jazz left the clutches of the real people and why they probably won’t ever fully get it back. Vijay started playing the violin at 3. But it’s not jazz he got into. He went to school for math and physics. Piano? He learned that shit by ear. By motherfucking ear! He’s mostly self taught. What? Ya, I know. Hard to believe. He went to Berkeley for physics. Fucking physics. Sure, he eventually switched his degree to music cognition. Wait, music what now? Ya man. His dissertation is called “Microstructures of Feel, Macrostructures of Sound: Embodied Cognition in West African and African-American Musics”. Vijay is one of these guys who just loves music. He understands the science and structure of it and its effect on the brain. Fuck, I bet you this guy even read through Nausea once or twice and figured out some shit.

Vijay offers something distinct to this modern jazz world. His playing is raw. And even though his playing is academic and heady it comes from a very real place. It’s not imitation. And that’s where pure music comes from. Music can be the cure to many ails if it’s authentic. Because Sarte is just straight up wrong, hell isn’t other people. Hell is inauthentic people. These Greg and Judy type of motherfuckers that have conversations about how their widescreen television cured their gluten intolerance. Now, if only somehow there were a cure to all this shit.

3 thoughts on “Vijay Iyer Sextet – Far From Over”