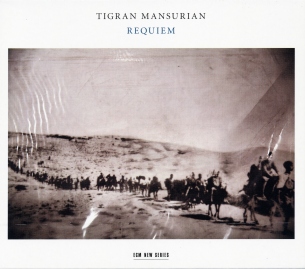 The words have been cursed ever since they were lined side-by-side for the first time. Some say it’s the very reason morning traffic and the cold virus exist and why toast always lands butter side down. I’ve heard that these three words can produce a simultaneous flaming and foamy diarrhea in crowds, otherwise known as the flaming foam, that can lift people off the ground by its sheer force if these words are uttered too often in a day. They have been despised ever since their inception and will continue to be despised well into the 22nd, 23rd, and 24th century. If you find yourself in a sudden need to repel everyone around you in a short amount of time, saying these three words will not only get the job done, but may repel all your friends as well. The words are “Modern Classical Composition”, and even as you read over them your eyes might fog over and a sinking feeling may hit you in the gut. “Anything but that,” you might think, “I’d rather listen to screaming babies inside a welding yard being bombarded by Jehovah Witnesses with a coke habit on a mission to save my soul.” But, don’t worry. This isn’t the regular shit.

Tigran Yeghiayi Mansurian is the Armenian composer behind this requiem. Even if you don’t know what a requiem is, you know that it’s not a bubblegum type of thing. Plainly speaking, a requiem is a mass for the dead. So, it’s some pretty grim fucking stuff. This particular requiem is dedicated to the Armenian genocide, sometimes called the Armenian Holocaust, when 1.5 million Armenians died between 1914 and 1923. And even though the subject matter is incredibly grim, it does not mean that this piece is devoid of hope. Also, just because this is a modern classical, it does not mean that the arrangement sounds like someone threw all their pots and pans down a flight of stairs, screamed twice, and called it a day.

So, now you might be thinking, “Great, this piece of shit is trying to recommend a modern requiem for me to listen to? No thanks, fucktard.” Easy now. Eeeeasy. I’m not saying put this on after you receive some wonderful news. “Hey everyone, I’m getting married! Let’s listen to a requiem!” Well, some of you might say this in those circumstances. Nevertheless, I believe you understand my meaning. Mozart’s Requiem is generally thrown into a film anytime a bad guy enters the scene. Requiems have this way of helping people remember, or move on after a loss, and are beautiful at the same time. There are many times in my life where I’ve just thrown that shit on just for kicks.

This is an arrangement set both in the present and the past. Tigran is a fucking master. But what makes this piece stand out for me, besides its absolute beauty, is this piece combines Armenian liturgical music with Latin Requiems (a.k.a. that big fucking Catholic church music sung by a fuckton of voices that sounds like hundreds of angels and funeral music). It opens up classical music into new places that seem so fucking obvious but just hasn’t really been done before. This modern piece is so well rooted that it’s difficult to tell when it’s from. It plays as if it’s timeless. It’s absolutely gorgeous and has some of the best ambiance I’ve heard in a long time. It would be an injustice not to include this in the album a day mix. My recommendation? Put this on when you’re reading, or for a general chillness and cool down at the end of a long day. It moves slowly and wonderfully like a river made of smoke and light. It’s a modern master crafting a piece close to his heart and heritage. It’s fucking perfect.