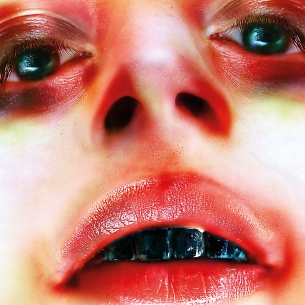 Arca needs publicity for this record like he needs another asshole on his elbow. But fuck it. It’s beautiful. So I’m going fucking write about it.

Check it, I try to stay somewhat recent on an album a day. But my search through what was coming out recently came up pretty fucking dry. Dry like a popcorn fart cast into a nunnery in the desert. And fuck writing some fake garbage for something I’ve half into. That’s not the point of this shit. Instead, I thought I’d throw out something challenging, compelling, and maybe something you haven’t had the chance to listen through yet. If you have, good for fucking you. Try it again. If you haven’t, you’ll need to keep your mind open.

Arca is absolutely fucking insane. I would say he’s someone to look out for. But there’s nothing to even look for anymore. He’s already here. What this motherfucker has accomplished few can even dream. Seriously, I don’t mean this lightly. He has produced albums for Kanye West, Kelela, Frank Ocean, and motherfucking Björk. He basically cowrote Björk’s last album with her. And, supposedly while him and Björk were just chilling out together (cause that’s a totally some normal thing for someone to fucking do [let me say at this point I could include anything in this story and it would be believable. Björk and him were picking a new rug for their elephant museum. He calls her B-Jorkie. They astral project into each other’s dreams and have conversations as Ben fucking Franklin and iceberg lettuce.]) when Björk convinced him to sing on this album instead of it being instrumental, as was his usually way to go. So, you’d think that with this, and how this entire album is in Spanish (yo no hablo español a excepción de lo que acabo de decir), that it would be impossible for me to relate to this motherfucker. But I do. That’s how good this music is. I feel like I know who the fuck this guy is.

Not only this, but holy fucking shit is this fucking kid beyond talented. The electronic beats on this feel impossible. They feel fresh, daring, and unapologetic. The wave of sound he can throw into a single track comes with a force of a deluge. But it’s the venerability of his soft-spoken voice next to these compelling arrangements that floors me. Is it weird? Fucking rights it is. The dude is challenging Björk so what the fuck do you think? Re-listening to this album it felt just as fresh as the first time I heard it. It’s not an album I can throw on all the time just for shits and giggles because of its naked vulnerability. But it’s one I’m proud to have in my collection. I hope you will too.

One thought on “Arca – Arca”