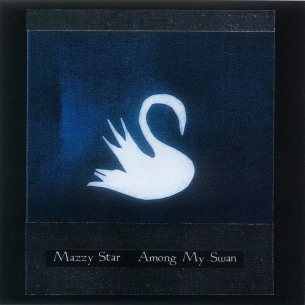 There’s this concept I like to fuck around with called “Synchronicity Wave Travelling”. I know this sounds like some hippy dippy shit but just hold on for a fucking second before you jump down my fucking throat. Okay? One day I was reading a comic called Hellblazer, I can’t remember which fucking issue. Anyway, this chain smoking dirty fucking Londoner named John Constantine, the protagonist, talks about this concept. It’s about how all these unrelated events seem to be pointing you in a single direction. A cynic would call this a long line of coincidences occurring over a short period of time. But fuck cynics. Failed optimists in sheep’s clothing. In the comic, Constantine’s “superpower” is to ride these hypothetical waves like a champ. They throw him in the direction he needs to go. He takes these signs or “coincidences” as the universe talking directly to him.

I know this shit is in a comic, so it should be taken with a grain of salt. (If you’d prefer the douchey introduction of the concept, read Arthur Koesler’s book “The Roots of Coincidence”, which expands on Jung’s concept of synchronicity and the interaction between time and paranormal phenomenon, ya fucking nerd.) This shit shouldn’t be used in lieu of logic. But whenever there’s a fuckton of coincidences over a short period and all of them point to a single direction, I take fucking notice. Cause why not? Maybe there’s something to this shit we just don’t understand yet.

It’s because of this idea that I’m reviewing this album.

I was deep diving into some of my favourite albums from ’96 for shits: Endtroducing … from DJ Shadow, Unchained by Johnny Cash, Richard D. James from Aphex Twin, then there was this album. My sister called and started talking to me about deep diving into her own albums, then I watched a clip from Rick and Morty where a Mazzy Star song pops up, then I ran across an article saying, “Best to Worst Mazzy Star Albums”. Look, I get it. You might think that Google or whatever-the-fuck is tracking my habits. Thing is, I haven’t looked up anything to do with this album. I haven’t even thought about this album for years. So it’s either AI is able to track me way better than I thought, or the I’m supposed to jump on this wave.

Mazzy star had huge success with their song, “Fade Into You”. You know the song. It’s that one with the perfect fucking slide behind that acoustic strumming and an overall feeling that just screams summer. This is not that album. That song is fucking beautiful, but it’s not my favourite record. On this album Mazzy takes away the fuckton of reverb they were known for. It’s stripped down and raw. They don’t want to be judged according to production. It’s time to listen. After that, they wouldn’t make another album for seventeen years. And even though the reverb is greatly reduced on this album, this shit is still haunting. The lyrics speak of unspoken and dark feelings and ideas. It’s bare and brutal fucking Mazzy. The song “Look On Down From The Bridge” has turned into an anthem for me. It’s an anthem for one fucked up state of mind, but it’s an anthem nonetheless. What’s great is that this album is packed with great songs: “Flowers in December”, “Disappear”, “Happy” and “I’ve Been Let Down” are the singles. But the whole fucking album is well written and made. It’s a solid choice for any audiophile. And, who knows, maybe I took this wave so you could figure out some shit of your own. I’m not a fucking psychic. I’m just some fucked up person who reads comics and loves their tunes.