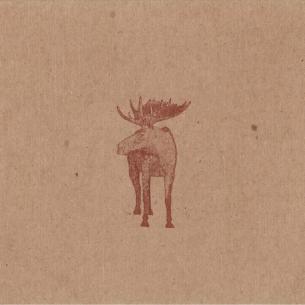 This album came out in 2001. And it’s an album that has come to my mind ever since I first heard it. At least once a year I get a craving for this shit that absolutely nothing else can satisfy. The instrumentation is stupidly simple. Fuck, his voice isn’t even that good. He has this grainy baritone that most would hear and then tell him to keep his day job. So, why would I write about this shit? What makes is so good? Simple. This dude has some of the best songwriting I have ever fucking heard. It’s eerily simple, to the point that it’s almost dumb. But, goddamn it, it’s impossible to fucking resist. I would throw this guy’s songwriting ability up there with Neil Young, Harry Nilsson, and Paul Simon. I don’t say this shit lightly or to blow smoke up your ass. That’s not my style. His imagery is impossible to replicate. The intimacy in each folk stroke on that fat acoustic guitar he lugs around is haunting. It’s like each chord is telling part of an intimate story that you, and only you, have the privilege of hearing.

Time to get folked up, motherfuckers.

Back in ’95 this dude made an album called Everything I Long For. He made a couple of copies and handed them out. As far as the general sense of the album goes, it was very much a ’90s album. A bunch of emo fucks getting all depressed and cynical about the world. But, yet again, like some unnatural superpower, his songwriting ability pulled through and made all of this sound fucking incredible. The dude somehow found himself in a bidding war between labels. Neil Young even offered him a position on his own label. What the fuck? How does that even happen? He signed with a label for a cool million dollars with complete control over his music. It is arguably the greatest contract given to any artist in the alt-rock era.

Eras end though. And so did his potential at rock stardom. Too little too late it seems. C’est la fucking vie. The ’90s faded away and Hayden should have as well. But he didn’t stop writing music. It’s just what he fucking does. So, years later, he made 100 hand-written and numbered copies of this album and handed them out to friends and indie record shops. Eventually, the shops needed more copies, and more, and more. Till it eventually ended up in my greasy paws. The title of the album comes from Vonnegut’s novel Slapstick. It’s the nickname Vonnegut gave Manhattan. This album is intense. It has no appeal for rock stardom or for popularity. It’s just one dude who loves to write fucking songs.

Whenever I find this world to be made of  spray tan and glitter, when I get sick of the gaudy dress, fake smiles, and phatic talk, I listen to this album to reconnect with something real. And, as far as I know, this album is as real as it fucking gets.