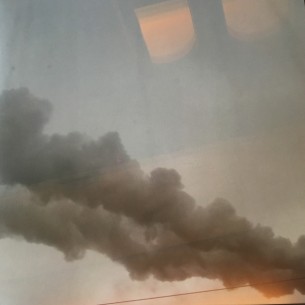 Picture walking down a street. Now think, how many cameras are recording you? Of course each department store has to have a security camera. Then there are those tourists over there taking photos of memorials and scenery. You’ll probably be in the background of one of their photos at some point. Then there’s every other motherfucker with a hi-def camera attached to their hand. Cell phones are out so often now of days we don’t even notice them. Each with a handy-dandy microphone and supercomputer attached, if someone wants your name, number, and picture bad enough, that shit is fucking happening. Anonymity, if it’s at all, is truly impossible in the city. One of the only ways to disappear is by blending into a crowd and to hope that you’re forgotten.

So, who the fuck is DJ Healer… I mean Traumprinz… DJ Metatron… Prince of Denmark… Prime Minister of Doom? (Jesus, that’s a lot of names) Ya, you guessed it, they’re all the same fucking person.

I like this hide-and-seek game musicians sometimes play. For instance, I can smell a Richard D James track before I hear it. I know the sound of his footstep, the size of his jacket, and the length of his inseam. Motherfucker tried to hide as AFX, Polygon Window, Caustic Window, Blue Calx, The Dice Man, GAK, Power-Pill, Q-Chastic, and The Tuss. Too bad I know the tap of his shoes and the smell of his farts. Those aliases, though slightly different in style, still have that distinctive signature that can only come from RDJ.

Healer has developed their own signature. They have their own distinct smell. It’s why people recognize all these aliases as the same person. This album might be my favourite from the lineup of names. It’s not a difficult listen, but that doesn’t mean it’s not fan-fucking-tastic. It’s Four Tet thrown into a Boards of Canada pool. It’s ambient with a beat. Spiritual elements pop up on this album. On “God’s Creation” a voice says, “That’s God’s creation. It’s absolutely amazing to look at it.” This line may seem preachy, but it comes across more like an MDMA-induced love-of-everything moment than a preacher screaming hellfire. A heavily accented voice on the last track says, “Thank you for your trust, because that is what makes me believe we can heal each other.” If that’s not a drug-induced euphoric fucking hippy love, I don’t know what is.

I wish more artists used multiple aliases. I respect someone who would rather develop a style than a name. With everyone trying to build their own brand it’s easy to lose sense of what’s real. It’s all Kanye Kelloggs, Beyonce Bubblegum, and Drake Diamonds. Some people try to be known as the individual with the half-shaved head, the crazy glasses, the bright shoes, or the 12-inch genitalia. Anything to get noticed. Instead, they become lost in the crowd. Using multiple aliases not only gives an artist more creative freedom, but if they are recognized, it’s for what they do, not their fucking brand. Want to get recognized for what you do? Get lost in the crowd. It’s not a curse, it’s a gift. I’d rather be seen as the person with a soul, a style, a heart, and a personality than a person with a stupid fucking haircut.