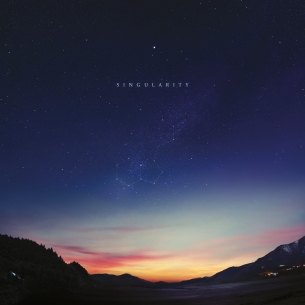 The man, the legend, and a maker of his own Late Night Tales, Hopkins is not someone to fuck with. He has worked with the likes of Brian Eno and used to play keyboards with Imogen Heap way the fuck back when. Five years ago his album Immunity was nominated for a Mercury Prize. The dude reeks of success like a sulphur mine. The guy could simply tap a major chord on a piano, or touch a computer screen, and thousands of fans would break into a frenzied, and simultaneous, involuntary sexual release like a Caligula BYOB high-school house party. In certain circles this guy is the cat’s meow, the bee’s knees, the cat’s knees, and the bee’s meow all rolled into one. So, when this motherfucker releases a new album the question isn’t, “Is it good?” it’s “How good is it? Has he disappointed us yet? Is Hopkin’s rocket still launching into outer space or is it coming back down to earth?” Well, someone just hit the motherfucking N.O.S. cause this rocket ship just passed Jupiter.

Hope you got a nice sound system, motherfucker.

This is electronic music, no ifs or ands or buts or yets or maybes about it. Broken into thirds, this album is: club tunes, ambient dreamscape, and classical music. You could pick and choose your favourites out of the album to make a heavy mix, but the true beauty of this album is to listen to it front to back. The unifying deep bass, that only Hopkins seems to be able to make, plays throughout the album as a touchtone. When that beat drops, it’s heavy as fuck. The bass on this shit could get someone pregnant. It could stimulate the nerve endings on a volcano and cause it to erupt. You could ride its sound waves on a titanium surfboard as a form of space travel. This is asshole clenching bass. And yet, the only thing to do with this shit is turn it way the fuck up. When the bass does take a breather, Hopkins jumps forward with his neoclassical abilities to create lullabies and ambient pieces. Then, as soon as you feel satisfied with the ambient club mix, Hopkins throws in a motherfucking choir and solo piano.

This album is a fucking journey.

If this album was club hits back-to-back, it would be unlistenable. You can only take so much of that shit. But this album is so much better than the sum of its parts. The unity and combined factors of all of Hopkin’s strengths make this album what it is. From start to finish it’s a great listen. And it’s one that I will be doing over and over again. If you’ve got the time, I highly suggest listening to this from start to finish. You’ll have a different headspace by the end.