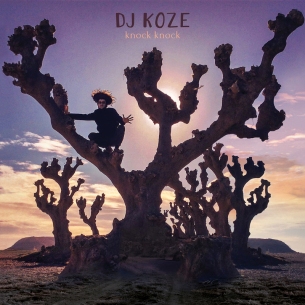 This album didn’t jump down my throat till the second track (Bonefire). Sure, the first track had some neat sounds to begin with, a solid beat, a cool theme, but it had this fucking guitar solo sound that threw me off like an armless kid from a merry-go-round. “Sweet Lord,” I thought, “what the fuck is this shit?” I love myself a deep groove on an electronica album and I just hated this fucking sound. So, because I’m an asshole sometimes I turned that shit off so I could try it for another day. Eventually I went back cause really, how much of an asshole can I really be?

In many ways this is a very basic electronica album. You’ll know the themes, the chapters, you’ll see all the same lovable characters, and then about one minute into the second song these characters morph into new creatures. What the fuck? The story may be the same, but this shit is changed up so much you don’t know what it is anymore. It would be like the first time you ever saw your dad in drag. Sure, it’s the same guy, but is this really how you know this shit? Then this Bon Iver sounding motherfucker starts to sing on the album, then a robot, and then you really start getting into that classic groove with a wicked rebrand.

Here’s the thing, if I can predict an electronic album from start to finish, it’s not doing its fucking job. There are hundreds of thousands of sounds to choose from when you choose to make an electronic album. If that shit sounds preset, I’m throwing it the fuck out. Cause what’s the deal? If I’m in an ice-cream shop that serves a thousand fucking flavours, you better bet your ass I’m not choosing your vanilla. Keep that basic shit to yourself.

The beauty of Koze is the universe he creates. He combines styles of music that you never thought would sound good together. If you don’t like what’s on, just chill, something else will come. At times you’ll hear rap, experimental, world music, jazz, dance, disco, all at the same time. What’s even better is that it doesn’t come off too fucking complicated. He didn’t just take that vanilla ice cream, dip that shit in chocolate, then caramel, then strawberry, then a collection of Vietnamese newspaper clippings, add sprinkles, and then call that shit new. It feels organic. It’s like it was always there, you just can’t remember the album. Now, if you don’t know already, when somebody does something brand fucking new and makes that shit seamless? That’s takes talent. That takes dedication. That’s fucking art.