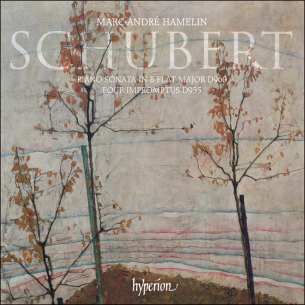 Lay-deeeees and Gen-tal-men! Welcome to a night you will never forget!

In this corner, we have two … no three … wait, no, that’s four folks. Yes, four of the world’s roughest and toughest piano playing motherfuckers to have ever touched the monochromes, the ebony and ivory, those black and whites. First, aged 69 in 1951, hailing from Austria and standing at five-foot-four, the walking moustache, the man who invented Beethoven, Artur fucking Schnaaaaa-bel.

*Women scream until their eyes go bloodshot. Panties are thrown into the ring. A young man in a fur coat pushes his way through security only to pass out as soon as he gets somewhat close to Artur.*

Standing next to Artur, the hurling German, the man who plays with those hearts as well as those strings, he’s got his own island named after him folks, Wilhelm-kenpusan-Keeeeeeemph!

*Fans pass out onto the floor in epileptic fits. They foam at the mouth like rabid dogs while shaking like bacon frying in a hot cast iron pan.*

Standing next to him we’ve got the big red himself, he’s sidled right up to the note folks, there’s not an ounce of fat on him, Sviatoslav Richterrrrr!

*A few of the fans’ heads explode. No one seems to know why or to care. Everyone is starring into the ring.*

Next up, we’ve got the slayin’ Chilean, he could read music before he could read words, folks. He eats, sleeps, and shits piano. The lion of the keys and the lover in your dreams, Claudio Arrrauuu!

*People start banging their heads against brick walls. One man is desperately trying to swallow his own fist. A low rumble takes over the room.*

And now, in the other corner is the Canadian virtuoso, hopefully Gould is watching over his back tonight folks, aged 56 and making a name for himself as one of the greatest. The one, the only, Marc-André Hameliiiiiin!

*The rumble has continued to grow until it’s the only thing audible. A missile breaks through the wall, hits the ring, and explodes. The famous and wondrous pianists are the only ones alive for miles. They stand in the centre of a 15-metre diameter crater, completely unharmed, because of their deals with the devil.*

It’s almost impossible to convey how much one has to prove in order to play Schubert’s Sonata D 960. Schubert wrote this shit at the end of his life. Some people think you can hear it resonate in the writing. It wasn’t very popular when it first came out, but fuck-tart-on-an-apple-cart, is it ever popular now. Monsters of the craft play this piece, each with their own distinct style and grace. If you’ve ever wanted to find out who your favourite classical pianist is, it’s a solid bet that you could just listen to a bunch of different versions of this piece and find out.

Marc-André Hamelin does a fan-fucking-tastic job of this. You can tell he’s trying to tear down anything that’s not on the page. He doesn’t want interpretation. Well, too fucking bad, buddy boy, that style of yours breaks through anyway. This guy plays with a full palette. Rainbows of colours and shades shoot out the tip of his fucking fingers like some sort of demented Care Bear as he plays. It’s wonderfully done and emotional. One to add to the already insane collection of those who play this piece insanely well. If you have fucktons of the same piece played by different artists in your music collection, that’s how you know you’re a classical fan.

P.S.: Oh, by the way, no one won the fight. The stadium blew up. Though, the pianists’ bodies are still yet to be found.