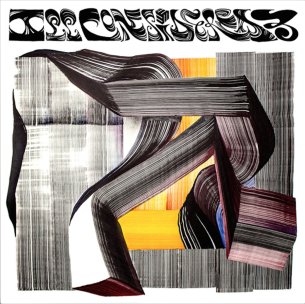 Picture yourself lying on the hood of your busted-down car. It’s parked on the side of a desert road. It’s hot as fucking balls outside and there isn’t a cloud in the sky. The sun sits right above you. Like, it’s right fucking there … goddamn it, it’s so fucking hot. It looks twice as large and feels more like a vindictive orb of burning than a star. The air around you is thick and the road you’re on is unwavering and long. The heat waves rising from the concrete obstructs your vision at a certain distance. Once far enough, everything just looks like waves. You’ve been lying on the hood of this car for hours. No one has come by. Not a single fucking car. The only thing you’ve seen is a single black bird flying above you. It didn’t flap its wings as it rode on the thick heat like an ant marches atop pudding skin. That was a while ago, right after you figured out there is no way to escape the heat. It permeates everything, even the shade. For some reason, you start to laugh. Maybe it’s at the situation you’re in, maybe it’s at God, maybe, simply, it’s because there’s nothing else you can fucking do. Nevertheless, you’re filled with an authentic joy. Right now, away from everything, everyone, and every mask you’ve ever worn, and just the sheer vulnerability of where you are, it’s all so fucking perfect.

This is the world of Ill Considered. It’s naked, raw, and uncomfortably good. Hailing from London, Ill Considered is composed of four musicians. Shit goes like this: take a single theme or idea, make slight alterations to this theme then adapt, adapt, and then adapt. The shifts are so seamless and natural they fall like gravity. Nothing on this album is contrived. The communication between these four come from a deeper level than language. It comes from a place where minor utterances form complete thoughts, eye glances tell life stories, and a good silent moment works better than words ever will. That deep bass hums heavily throughout the album, stepping into places not unfamiliar to psychedelia and prod rock. The glitches and pops, from the percussion team, come off in a way so uncommonly done but so often wanted: at the right fucking volume and at the right fucking speed. The horn player does what they have to do to hover above this structured story: talk to the gods of Davis and Coltrane for spiritual guidance and then take to the back alleys with Baker to see what’s up on the heroin side of things.

The atmosphere of this album is what does it for me. It’s put on in such a bright display that it’s almost sun-bleached. It’s so intimate that you sense you if listen closely enough you’d hear the musicians’ hearts beating. Probably best played on a warm summer night, but this album can be enjoyed at anytime (as long as you’re not looking to be a social butterfly or party like it’s 1999). You’ll float on these sound waves like a black bird floating on heat rising up from the ground above a broken down car pulled to the side of a desert road. It’s fucking brilliant.