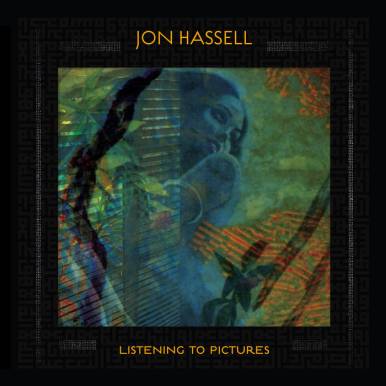 Pen·ti·men·to / noun
A visible trace of earlier painting beneath a layer or layers of paint on a canvas. From Italian, mean literally, ‘repentance’.

If you didn’t know already, Jon Hassell’s cool as shit.

Not only is he one of the founding fucking fathers of ambient music, dude has played, or collaborated with, the likes of: Brian Eno, Ry Cooder, Talking Heads, Björk, Tears for Fears, Peter Gabriel, Ani DiFanco, La Monte Young, and Terry Riley. He invented an entirely new way of playing a fucking instrument called the “Fourth World” technique, which is basically whatever instrument you’re playing trying to emulate a type of singing called Kirana Gharana, a classical Indian style, and throwing that shit through crazy electronics (seen prominently on his ’77 album called Vernal Equinox). To say something like, “this guy is pretty out there” would be taking the term “out there” and strapping it into a mid-sized blue minivan on its way to the 9-5 at the accounting firm and making it hope there’s enough fucking break time while writing the expense reports this weekend so it can go out and play a game of fucking golf with its buddies from the monthly fucking poker game. “Out there” is a delicate lacklustre timid piece of dehydrated monkey shit at the bottom of a ziplock bag next to this motherfucker. Hassell will blow your fucking mind.

This is his first album in nine years and it’s a doozy. Even though he’s known for playing the trumpet, this album is electronic. It goes like this: Be 81 years old. Take all the music you’ve made ever since 1968. Take a ton of fucking samples. Make a new electronic album. The effect is an incredibly forward thinking electronic music. At 81 years old, Jon is thinking further and deeper than most other creative young people on the scene. The album title breaks down the concept pretty simply. Sometimes painters paint over old paintings, either cause they’re too cheap or lazy to get a new canvas. When you look at that new painting and you can see pieces of the old painting through that new coat of paint, that’s pentimento. Jon has taken all his old works and thrown them together in a giant clusterfuck of samples. He lays layer, upon layer, upon layer, upon layer of audio samples to make this album. In other words, he’s making audio pentimento.

Now, why would he do this? That’s totally up to you to interpret. It could be that pentimento also means “repentance” in Italian, and this is his kind of repentance. It could also be that’s he’s 81 and looking back on his life and he’s putting all this shit together for kicks. It could also be that Jon just released a new label called “Ndeya” which also happens to be the title of the closing track of this album. No matter the reason, more people should know and love Jon Hassell. His name hasn’t always been in big fucking lights, but it’s about damn time that it is.