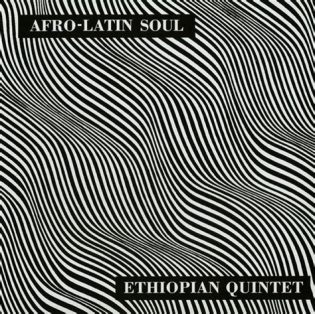 Picture the coolest secret service agent of all time. You’re James Bond, Alec Leamas, or Nikita type. They’ve had a particularly hard fucking day at their job. They walk into their lavish metropolitan apartment that they haven’t seen in at least three months, though, they can’t remember exactly how long. They stride in, turn on a light, and gaze over the bear furnishings and minimalistic decorations all immaculately preserved by a diligent cleaning staff they’ve never met. They think to themselves, with a quick smirk, that the apartment really does suit their personality; its void of humanity. Their footsteps echo as they walk over to the record player. Carefully, they pick a record and set the needle on top. The static strip crackles out the speakers as they walk back to the kitchen, open the only cupboard they know, and take out a half-full bottle of vodka and a single crystal glass. They pour themselves a hefty glass as the music begins to play. Mulatu Astatke plays out the speakers. Of course it fucking does. Nothing else has that ease, that cool, and that calm. Yet, somewhere behind it all, there’s a secret pain only a few can hear. They collapse on a chair, take a long pull from the glass, and sigh. At any moment now some ridiculously good-looking character will come walking in wearing something wowza and wanting to fuck. They will. They don’t even know why anymore, but they will. All the while, they’re listening through all the moans and grunts to the record playing in the back. It draws them in. There’s something inside of it they can’t escape.

Mulatu Astatke is the father of Ethiopian jazz. A couple days ago was the first reissue of his early classic Afro-Latin Soul. This album is the motherfucking shit. The cat’s meow. The bee’s knees. It’s 1966 fuckadilous African vibraphonic class in a glass that runs smoother than coconut cream. Mulatu pioneered the sound of combining Latin, jazz, and Ethiopian music. You may think you don’t know what that sounds like, but listen to it for two fucking seconds and you’ll go, “Oh, that sound. I know that sound. I love that fucking sound.” This shit was ubiquitous back in the day when rich fucks with leathered brown skin would call cats “cool” and pronounce Cuba “Coo-ba” like fucking assholes. The first song “I Faram Gami I Faram” is even an ancient Ethiopian warrior song. The lyrics were fucked with a bit though so it could be sung in Spanish. This album blazoned an idea, a mentality, a style, a whole personality to strive for. It’s what many of those secret agent types back in the late ’60s early ’70s were based on. But when you go to the actual source? All you’ll find is Mulatu Astatke standing in front of you. One of the baddest, coolest, hippest motherfuckers to ever touch the fucking mallet who still kicks it on stage to this fucking day. Respect the man. Respect the legend. Respect the motherfucking Afro-Latin Soul. It’s a cold-ass killer.