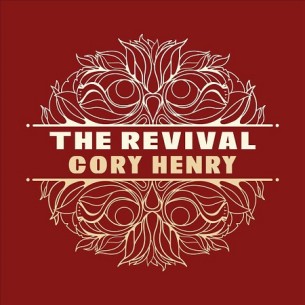 “Today we gather to talk about Gospel music.” A single cough makes its way through the silent crowd. “You may have asked yourselves before,” The Reverend Brightly stops mid-sentence to stare at a ceiling fan going at the speed of yawn, then says, “can Gospel music be funky?” Looking back down, Reverend Brightly looks over the sleepy crowd, takes a deep breath, and then screams with the force of a blow horn getting a rim job “I saaaid! Can Gospel music can be funky!”

“Amen!” the audiophiliac motherfuckers of the congregation reply in unison as they startle awake.

Cory Henry is the prime example of a musical prodigy. Dude was fucking up his church organ when he was four. And not in the way you’d expect. This motherfucker knew how to jam. He had such heavy chops that, at four years old, he became part of a documentary called “Gotcha Now” (you can watch some of that shit here). It’s insane how such thick grooves can come from such a tiny little dude. But, by that time, he had already been playing two years. And, what’s even fucking crazier, is that in two years’ time he’d be playing at the Apollo theatre. From there he toured with P. Diddy, Kirk Franklin, Bruce Springsteen, Yolanda Adams, Boyz II Men, and The Roots. After this, and probably during, he created and worked with a band called Snarky Puppy. Dude has gotten so many amazing reviews for shit he has worked on and he just keeps on going.

Cory, with his band called The Funk Apostles, released a new album recently called “Art of Love”. It’s a good album, go ahead and listen/buy that shit if you want, but it’s not the one I’m writing about. As Cory’s beautiful Hammond organ kept playing out on the new album, I just wanted to hear him solo. There’s just something I can’t get over about a solo Cory.

This album came to me after I was sent a YouTube video link (I’ll put the video at the end). The video came with comments like, “He’s the spawn of Billy Preston” and “the tonal range of the organ is a major fucking of the face”. So, of course, I watched that shit. And, holy fuck, Cory has some deep fucking chops. How often do you get to listen to an organ player that has the body and soul of a young man, that also has twenty years of experience? That combo is pretty fucking hard to find. But, you don’t have to believe me, watch that shit for yourself.

It is the first time I’m adding a video like this one. Please comment below and let me know if this shit works for you or not. A simple “Fuck ya” or “Fuck no” will help build this page into something specifically crafted for you. Or, if you don’t give a shit, say nothing. But, don’t come crying to me later on if you suddenly grow an opinion. Here’s your chance.

One thought on “Cory Henry – The Revival”