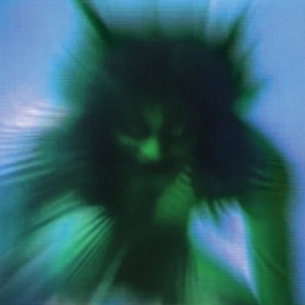 This album is the shit.

Yves has created a seamless and easy sounding album that crosses genre borders more often than those drug mules with medical school student debt. This shit slides so easily into a room it’s like a buttered up mosquito. It creates a mellow hip-hop/jazz tone while continually pushing boundaries on what this shit actually is. Ambient? Hip-Hop? Noise? Electronic? R&B? What the fuck is this shit? It’s trippy as balls and relaxing as fuck. And, trust me, that combo ain’t easy to make. Yet it’ll seduce you faster than Idris Elba asking you if you want to split a bottle of your favourite alcohol. So just go ahead and add this to the albums you listen to if you ever happen to accidentally fall into a vat of hallucinogenic drugs.

Yves has always been a forward-looking dude. Back in 2016, this motherfucker released a solid album called Serpent Music. It was good. A really solid listen. But I didn’t listen to that shit twice. It just didn’t hit the potential it could have been. The ideas introduced seemed to be flat somehow. It reminds me of those songs, back in the day, that used to fade out at the best part (What the fuck was that shit?). My question of why Serpent Music sounded suppressed and subdued has finally been answered. Yves switched labels and suddenly turns fucking amazing? Naw man, that’s the smell of record company stank all over this shit. Thank fuck the dude switched over to Warp Records. These motherfuckers are fucking renowned for not giving a fuck and letting their artists do what they want.

The result of this switch is a thick, deep, wonderful, easy to digest, honest, forward thinking 42 minutes of audio heaven. As soon as you think you corned what this shit is, something comes your way that changes your mind. Like I said before, it’s incredibly hard to make forward-thinking music that’s this fucking slick. It skates that line between comfort and uncomfortable in the same style Bjork’s Debut and Post did back in the day. By the sounds of this record, it’s not a fucking fluke. Watch out for this motherfucker. He’s pushing bounds. This is like R&B Aphex Twin. It’s fucking tight. Yves has come to steal your wife, husband, girlfriend, boyfriend, cat, dog, wallet, mother, father, and best friend and you wave it all goodbye, smiling like a fucking idiot, while he drives away in your car. That’s just how slick and edgy this album is.