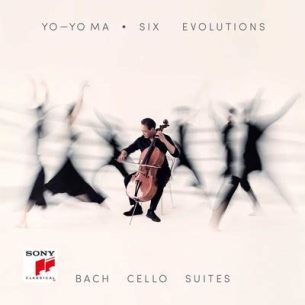 It’s the master cello pimp himself, masta Yo-Yo fucking Ma, playing Bach’s Cello Suites. Of course this shit is fucking fantastic! What the hell else could be said? This motherfucker performed at the White House at five years old. He played for President Dwight D. Eisenhower and John F. Kennedy at seven. He was a concert soloist at fourteen. He has recorded over ninety albums and has eighteen Grammy Awards. Outside of music, the dude was named a Peace Ambassador, was appointed to serve on the President’s Committee on the Arts and Humanities, he’s got a Presidential Medal of Freedom. He’s fucking unstoppable. He’s everywhere. He has made cameos on The West Wing and The Simpsons. Ya, motherfucker has been made into a cartoon character. Kramer randomly yells out his name on an episode of Seinfeld after getting bonked on the head. People that couldn’t give a fuck about classical music know who Yo-Yo Ma is. I’ve met hicks with rotten teeth and missing fingers, that spend way too much time syphoning out gas from car engines, that know who Yo-Yo fucking Ma is.

“But wait,” some classical asshole might say, “didn’t Yo-Yo already record the Suites in his twenties?” Ya, he did. Actually, he learnt his first Bach suite when he was four. But this recording … sweet fuck. It’s unbelievable. It’s heart wrenching. Straight up? Any listener will come into this recording with high expectations. It’s Yo-Yo fucking Ma. You should have high expectations. And, I’m here to tell you, these expectations are met and exceeded. I’ve listened to Ma perform Bach for a long time now. This is my favourite version.

Just think of this shit, Ma is in his sixties and has roughly sixty years of experience playing these suites. Sixty fucking years. When he plays this shit, it’s a part of his very being. He says this will be his last recording of the Bach Suites. Imagine, if you can, that you are the world’s leading cello player, arguably the greatest to have ever played, you’re known for playing the shit out of these songs, and this is your last recording of it. You bet your ass that you’re going to play this shit with everything that you’ve fucking got. Nothing will be left behind. A younger person might take this to mean that you should play these songs with spitfire, guts, and balls. Maybe even a younger Ma felt this way. Instead, Ma plays the heart of each note. You hear the exactness of each phrase. The fire of these movements don’t come off as difficult or as pageantry. Ma has no reason to show off. Everything he plays comes across in perfectly controlled fluid strokes. The recording is so close to the cello that you can hear his breaths during, and between, each stroke. This is a recording of a man pouring out his life story on the cello. He is playing songs that he has used before during times of immense grief, stress, and pain. These are songs he has used to uplift people’s spirits, cheer up family members, and for the sheer fucking joy of playing.

I don’t need to tell you that this recording is good. You already know this. But, sometimes, we can look over what’s famously great because we think it will lack authenticity and heart. And, let’s me honest, it can be easy to dehumanize someone like Yo-Yo Ma. It’s almost simpler to view him as a robot designed to play the cello instead of some dude pouring everything he’s got into each recording. And sure, I think even Ma himself would even admit there have been times he was running on autopilot. But this is not that recording. This is an example of what made Yo-Yo Ma famous to begin with. That thing that the world saw, needed to have, and displayed across every television screen across the world. It’s wasn’t just his technical prowess that impressed the world. Ma has the ability grab some hollowed out 2.5 million dollar hunk of wood and, somehow, play music out of it that speaks to the very thing that makes us human. Now, that’s one talented motherfucking cellist.