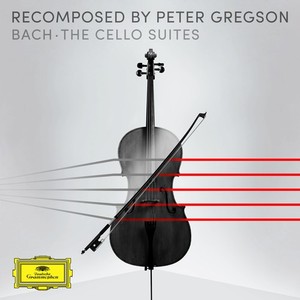 If you’ve been to this page before, you’ll know I like to fuck around with classical music junkies. I just can’t help it, they’re just so fucking adorable. Some classical music savants act like children that are unwilling to share their favourite toy with the rest of the class. I understand their behaviour, I even love them for it. Because this music is their favourite toy. It has helped them in ways I will never know. It’s been their teddy bear, safety blanket, and a reminder that life still has some good in it. I can understand their hard fucking ire. But nothing I could ever say could ever disturb the beauty and strength of Beethoven. These works will continue on long after I am gone. In other words: Mozart, Beethoven, and Bach couldn’t give a honey-hammed fuck what I say. Their ideas are so well written, and so dense, that remixes, reorchestrations, and recompositions of their pieces do not shake them. Hell, if anything, all recompositions do is throw new perspectives on the monolithic beauty that these 300-year-old pieces of music can bring.

Peter Gregson is a composer that fits nicely alongside Max Richter and Jóhann Jóhannsson in style. He has created soundtracks for films. He has that minimalist and modern touch. Now he’s turning his talents onto Bach’s Cello Suites, the solo cello music that plays in the background every time a cerebral villain eats a bloody steak. Now, is Peter trying to improve on Bach? Hells to the fuck no! Do you know how many people I’ve met that will listen to a soundtrack every day for years and then tell me, with a straight fucking poker face, that they hate classical music? There are so many people that feel either too stupid, too poor, or too socially distant from the classical world to ever begin listening to it. Do you know that trope of an evil villain playing a Bach cello piece that I just brought up? How do you think that shit even started? Why would an elitist, entitled, self centred character that arbours change ever be associated with Bach? This conclusion is incredibly easy to draw, but it’s hard as fuck to erase.

Peter adds his modern chops to some of the most beautiful pieces of music ever created. You can be a dick about it and be all up in arms, but chill out for a sec. Peter adds layers to these solo cello pieces using electronics, synths, layered stringed instruments, anything he can. The end result is classical music that’s easier for the modern ear. It’s new and beautiful. Is it Bach? Fuck no. But it’s still beautiful. If you do find yourself wanting to throw stones at it, here’s some free advice (and my own recomposition of a George Bernard Shaw quote): Nobody grows old; when you stop growing you get old. It’s time to share classical music with the rest of the class. Keeping it to yourself just makes you an asshole and a villain. Sure, other people may put the thing down, flip it, and reverse it, but classical music will still be beautiful, no matter which way it’s set up.