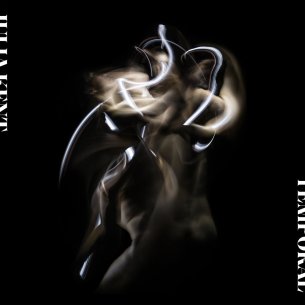 Who doesn’t love the cello? It’s totally badass. It’s an instrument that’s so easy to play badly and nearly impossible to master. I tried to play it once. What came out was like if a metal duck’s quacker was on a continuous loop and bumped up 60 octaves. Shit was rough. If someone plays the cello well, their sex appeal goes up six thousand percent. It’s a completely and totally seductive act. Who knows why. When someone holds that hunk of hollow wood between their thighs and strings out heart-wrenching and emotionally-provocative bass out of those F-holes, oh sweet mama Jama. I don’t care who the fuck you are. Be asexual for all I care. Even on a purely intellectual level, the cello is sex on a stick and it’s dripping hot lustful drops of maple, honey, and fa-la-la-la-la’s.

This is Julia’s 5th solo album. Though she happens to play the cello, Julia is a composer thorough and through. She uses looping equipment and other such things to fuck shit up all electronic styles. Way back when, Julia was in a band called Rasputina. She has since thrown down her mastery alongside Antony and the Johnsons and on four different films. This album was carved out of pieces made for dance. No, not for da club. This shit is ethereal slow-grown super exquisite cello music and, though I wish clubs had cello nights, this shit was obviously meant for modern, ballet, and all those other pro-movers. Because of this, these pieces build slowly and have a similar song structure to electronic music but with an acoustic focus. Motifs are added layer by layer and grow with passion and depth.
By the album name, you know that Julia is focusing on time and how that shit passes. Even the song titles on this motherfucker have to do with time: “Conditional Futures”, “Last Hour Story”, “Crepuscolo” (Italian for dusk, twilight, and nightfall). In its playing and style (ambient, drone), the message of this album isn’t about time but evanescence. When watching a dance or a play, you’re afraid to blink cause you know that shit ain’t coming back again. These kind of arts can emulate life in a way books, movies, or recorded music can’t. Most of the beautiful shit in life goes away way too fucking quickly: birthdays, first loves, or happiness. Sometimes it feels like we got royally fucked cause the bad shit seems to last twice as long. I think it’s applicable that this album clocks in at 38 minutes. Because as it ends there’s a halting in your chest. You’re expecting more. It may not be what Julia was intending, but I think it’s fucking perfect. This album teaches you to grab what’s good in the moment, to appreciate what’s in front of you. Because you never know when that shit will suddenly stop.