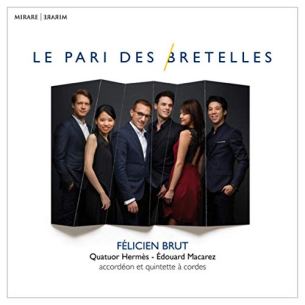 There’s something strange and hypnotic about the accordion. Cultures all over this speeding blue dot claim ownership over it. It’s part of the romantic French, the waltzy Russian, the tangoed Spanish, and the pumpy-bumpy American Folk. You can picture an old busker anywhere in the world, just playing the shit out of the accordion, and someone will say, “Wow! That’s so authentically (insert country name here)”. But how did the squeezebox transcend all these cultures so well? Why does each culture feel like it’s their instrument with such ardour? It’s obvious once you think about it. But the accordion is claimed by cultures around the world because it’s the instrument of the fucked. That’s right. That loud brassy bitch has been speaking on behalf of the fucked for years. It’s even nicknamed “the piano of the poor”. And where do poor people live? Well, the fucked live anywhere they fucking can so that’s fucking everywhere. It’s like the harmonica, the boombox, or the guitar. There’s one in every ghetto. So, sorry whatever country is pissed off with reading this right now, you don’t get to claim ownership over the accordion. This shit is like the blues. If you feel it, you can sing it. Except with the accordion, if you’re broke ass, you can pump dat.

Félicien Brut is leader of this album and a badass French accordionist. No, this doesn’t mean les Français get to claim ownership over the strapped piano. In fact, this entire album works like a short history of this instrument throughout all different cultures and generations. Joining Félicien on this quest is one of his buddies, Édouard Macarez, on the double bass. On top of this, we’ve got Quatuor Hermès, a slick bunch of stringed fucks. Each one of these members plays their instruments perfectly. There isn’t a flat one in the bunch. And that’s a hard thing to pull off. Supposedly, there are a bunch of dummies out there that think the accordion is too old school to be appreciated nowadays. Idiots. Campaigning against these moronic ideas is Félicien and his gang. And they speak with pure fire.

On this album you’ve got Prokofiev, Gershwin, Piazzolla, and a bunch of other badasses from cultures around the world. I smiled like an idiot while listening to this album. Because there really is just something about the accordion. When it plays crazy? It feels crazy as all fuck. When it plays romantically? It feels so romantic. When it plays a waltz? That waltz is going to bring the get down to its knees. The accordion, and this album, are like an exclamation point or that happy drunk uncle that laughs at everything. You could try and get angry with them, you can say they lack subtlety, but it’s just so goddamn charming.