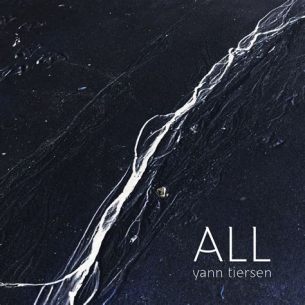 Yann has the ability to speak on behalf of the simple better than most people speak. That’s why this motherfucker is already a king of the soundtrack. You wanna camera pan around some falling rose petals and, somehow, get an audience believing in a benevolent god? Put Yann on in the background. His tunes could start a cult. Actually? They kinda did that already with Yann’s soundtrack to Amelie. In the mid ’90s to early ’00s, his simple playing was synonymous to romanticizing romance and the French in that oui oui, kiss kiss, let us ride bikes with wicker baskets through idyllic small towns on cobblestone streets, kinda way. You know, those brightly coloured horizontal stripped shirts (or Brightly Off-Coloured. Bada Bing !) in a cigarette smoking Paris where people kiss with their heavily espressoed mouths and exclaim things like, “Je t’aime, ma chérie, de tout mon cœur. Mais je dois partir.” While the other responds, “Pourquoi, amant ? Mon cœur se brise en morceaux !”

It’s hard not to become romantic when listening to Yann. It’s what the motherfucker does best. This album is no different. In its grand simplicity, it turns mouths into smiles and rips at heartstrings till everyone becomes a bleeding heart. Just the way it goes. By the way, if you’re listening through this album and don’t happen to speak French, don’t worry about it. This shit’s not even in French. This album is sung mostly in Breton, a hugely unpopular language spoken by almost 15 thousand people. Almost 15 thousand. Yann does this intentionally. He wants the music to feel otherworldly. So, if you don’t understand the language, you’re listening to it the right way. If you happen to speak Breton? Well, enjoy the fucking moment.

Yann’s been on a trend of celebrating places in his last few albums. In ’14 and ’16, with his albums ∞ and Eusa, he explored and paid homage to his hometown and Iceland. On this album? He does the same thing, but to the entire fucking world. That’s why this shit is called All. And, honestly, why the fuck not? Why not get one of the most heart-pulling musicians of all time to compose a romantic love letter to earth? If you’ve been looking around lately, bitch ain’t looking so hot. In aid of his theme, Yann includes field recording from places like Germany, England, and California, and collaborates with musicians from around the world. This shit is full of birdsong and gentle piano lines. At first I thought this theme was over the top and hippy as all fuck. But, as I listened through, I thought to myself, “fuck that”. If anyone needs a hug and a kiss, it’s the motherfucking earth. So, get wrapped up in this shit. As you listen to this take Gaia by the waist and kiss her so hard that you bang your teeth together. Grab some Terra Mater ass and listen to Yann. Who knows, maybe with enough TLC she’ll even start looking better.

3 thoughts on “Yann Tiersen – ALL”