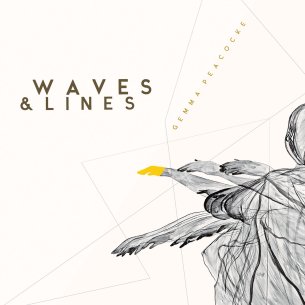 From 1996 to 2001, one of the more underhanded weapons employed by the Taliban to sequester the female voice was banning a certain kind of music.

Landays are a type of oral poem that are meant to be sung. It’s done this way so that everyone, including those that can’t read, understand their verses. And for the twenty million Pashtun women in Afghanistan and Pakistan, many of which are illiterate, this is kinda a big fucking deal. Landays are sung to the beat of a drum. Each have a total of twenty-two syllables and end with the sound “ma” or “na”. Thems the poetic rules. Common themes of a landay are war, separation, homeland, grief, and love. And, as we can see by looking through the most tragic of human history, one surefire way to control a group’s emotions, actions, and their ability to think is to take away their ability to speak. Without the ability to speak about subjects such as war, separation, homeland, grief, and love, people will eventually stop feeling anything about these subjects. They just won’t come to mind anymore. This subject was kinda one of the main fucking points in Orwell’s 1984. It works like this: Take away a songbird’s song for long enough and, it won’t just forget the songs it used to sing, it will forget that it ever could sing. So, without the ability to sing, Pashtun women became voiceless creatures living inside blue burqas.

Journalist and poet, Eliza Griswold, one day read a horrific story of one such songbird. A young teenage girl, unable to sing out in landays, decided to sing one last defiant song. But she didn’t sing out in words or tones. She sang in pure and untapped badassery when she set herself on fire. After reading about this, Eliza travelled through Afghanistan to collect landays. The collected songs, or poems, turned into the book, I Am the Beggar of the World. To say that these words are thick as fuck with meaning and awesomeness is to put it mildly.

These are the words of these songs.

Gemma Peacocke is a super awesome composer that threw down music to back these landays. Shit’s solid. With well-placed orchestrations and electronics, these landays come to life. These songs are glimpses into an otherwise closed up world. This album is proof that music isn’t just for shaking ass, it can also be used to defy the bastards trying to take you the fuck down. Though this album recounts sorrows, pains, and aches that many of us have difficulty even imagining. It also echoes the, at times quite literal, fiery passion that these women possess. These screams of protest and roars of revolution shout together, “Fuck you, fuck your face, and fuck everything that you are you worthless piece of shit.” These songs are so moving, and at times strange, they could break the coldest of hearts. These are the songs of revolution.