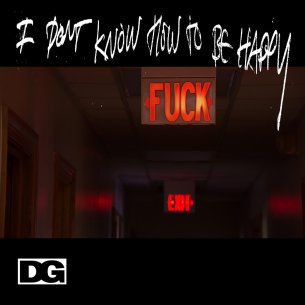 The ’70s, for many, was the time of The Eagles, Stevie Wonder, and Neil Young. All that free love, caring, lack-of-swearing, and over-sharing. You picture young fucks frolicking through a field full of flowers and completely shirtless and just so fucking high. Like, holy shit, were they ever fucking high. And they didn’t even grow that good shit. Sure, half of the ’70s was the Vietnam War, but those draft dodging ideologist hippies put daisies in those guns. That fixed it entirely! To many, it was that picturesque and idealistic time that only exists in their memories. Then there are those other motherfuckers. The ones that lived in the time of The Ramones, The Sex Pistols, and within the withered placenta of a new charged musical anger. Chaotic babies called The Misfits, Black Flag, Bad Brains, and the Dead Kennedys would crawl and scream out of this desiccated sack. For these people, it was the time where governments completely failed their people. Corrupt politicians created wars for economic gain. It was a time where it didn’t fucking matter what you said, you were never going to be heard. You saw the thousands that tried to do it “the right way” and failed. Nothing made sense. And the only way you felt heard at all was to scream so hard you ripped your fucking throat open and spoke in bloody syllables. At least if they didn’t listen, they’d be scared.

If this sounds familiar, welcome to one of your new favourite albums.

“Remind them, you will never be as angry as the rest of us!” The Deli Girls scream through a hoarse throat on the track, “Here We Go Again.”

This isn’t Death Metal. This isn’t punk. This is something else entirely. You could call it the angriest dance music you’ve ever heard. But I still don’t think that quite describes it. If you were to take some of your favourite club hits and play them through a busted 12-inch mall speaker, then add a subwoofer to that motherfucker? You’ve got an idea of  Danny Orlowski’s instrumentals. All you need is the vocals of Tommi Kelly screaming her fucking face off and voilà, anger city. This shit is as nihilistic as you can fucking get. Just check out some of these track titles: I’d Rather Die, Abortion, Shut Up. If you examined the skin of Deli Girls their pores would be screaming. This shit runs deep down. It’s a pure anger.

To many, the 2010s will be seen as a happy and wonderful time. They’ll remember how people finally saw things for how they really were. Sure, there was a war in Afghanistan, a Syrian Refugee crisis, the BP Oil Spill, Islamophobia, Brexit, and so much other shit that it’s hard to fucking see straight. But it was the time of iPads and that fixed everything! They’ll remember the music of Katy Perry, Lady Gaga, and Taylor Swift. Then there are those other motherfuckers. They’ll remember Deli Girls.