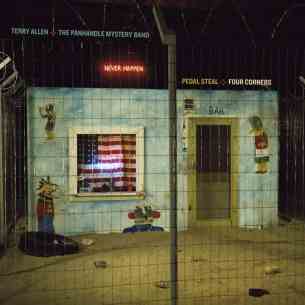 When people hear the words “Country Music” they often think of the pandering bullshit oozing out the truck speakers of small-dicked low-IQed bigoted racists chugging cheap beer, fucking their guns, and hatin’ on all those snowflakin’ eejits up there in the city. It’s why the phrase, “I like all music but, outside of Johnny Cash, I don’t like Country,” is fucking everywhere. Hell, if the entire country genre was made up by its top 40 hits, I’d agree with this sentiment. But what about country artists that have works in the New York Museum of Modern Art, the San Diego Museum of Contemporary Art, the Los Angeles Museum of Contemporary Art, and a fuckton of other cutting edge museums peppered throughout the United States? What about those country drawlers that make controversial statues, collaborate with motherfuckers like David Byrne, and whose songs have been covered by legends like Guy Clark, Ricky Nelson, Lucinda Williams, and Sturgill Simpson? Sure, it might be easier to think of “Smart Country” as an oxymoron and think it’s all played by moronic fools on oxy. It’s easier to hate on something when you think of it in the simplest terms possible. But Terry Allen, a David Lynch of country and an Avant-garde Missourian, proves all of this wrong. When someone asks Terry about Country music he responds, “Country music … which country?”

If this is your introduction to Terry, keep an open mind and duct tape a cowboy hat onto that space suit. This shit is really fucking out there.

Unlike more traditional Terry albums, this album is a collection of five stranger works some might call radio stories, bundled together in a single collection: Pedal Steal from ’85 and Four Corners (made up of Torso Hell from ’86, Bleeder from ’90, Reunion (a return to Juarez) from ’92, and Dugout from ’93). At two and a half hours long, this shit is less of an album and more of an auditory immersion into contemporary art. The tracks are broken down into five projects and each project is broken down into four chapters. This shit is a goddamn event. You will not leave this album the same as you went in. Within these pieces are long dialogues, sound effects, wonderful stories, and musical elements that hit you unexpected and broadside. Shit will creep you the fuck out, make you cringe, make you chuckle, make you sad and happy, and sometimes all of this at once. It’s like emotionally shitting your pants, puking, pissing, laughing, hiccuping, sneezing, and laughing all at once. This album blows the idea of country music, and what it can be, to kingdom fucking come.

Obviously, something of this magnitude can’t be summarized very easily. Pedal Steal is a soundtrack to a dance performance. Torso Hell is all about fucked up effects from the Vietnam War. Bleeder is a story about a hemophiliac childhood friend told through clips of fractured memories. Reunion (a return to Juarez) is the unproduced musical co-written by the great David fucking Bryne. Dugout is, according to Terry, “a love story, an investigation into how memory is invented, a kind of supernatural-jazz-sport-history-ghost-blood-fiction that rolls across the late nineteenth century into the mid-twentieth century”. My advice? Best to listen to this shit in chunks, slowly, and like you would with a podcast. This is a collection from one of the greatest to ever croak out a note. You don’t just throw this on in the background and call it a day. Like with anything that Terry makes, you’ve got to work this motherfucker like a slutty gumball machine: the more you put into this, the more you’ll get out of it.