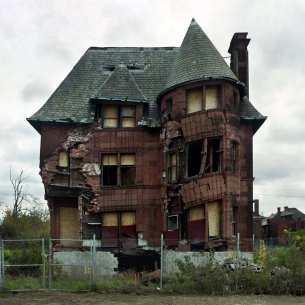 If Billy Woods isn’t on the tippy tops of your MC list, what the fuck are you even listening to? This motherfucker is fresher and thicker than farmed butter. He’s been known to spit dense lines that work in allusions to philosophers, literature, history, esoteric biblical shit, and cartoons. You never know what this motherfucker is gonna bring up, but you know he won’t disappoint. Whether it’s on his album Known Unknowns, or on Armand Hammer’s Rome and Paraffin, dude raps at the top of the castle while other MCs look like ESL rascals all chronic on phonics. He’s the professor and his albums are the lessons. On this album, Billy is the most straightforward he’s ever been. Usually it takes a couple of readings/listens to understand what he’s saying. Not on this motherfucker. Don’t get me wrong, I’m not saying he’s gone simple. What he’s done is strip down his lyrical fireworks and imagery to create concrete lines that will instantly register but echo long after the song is over. Of course, in pure Billy style, his lines still string together. But on this album shit works like a spider’s web, pluck one line and the structure breaks. That’s how stripped down he is.

At Billy’s side is Kenny fucking Segal. And this dude is pumping out a brand new sound. It’s a mix of hip-hop and natural jazz rhythms that are dissonant in this crazy seductive way. Like the lyrics, this shit is stripped way the fuck down. Each instrument is fit, stretched, and cut. It’s not an orchestra of noise, something that usually pairs well with Billy, but something naked, truthful, and honest as fuck. These sounds aren’t crisp, clear, and fresh from the gym. You won’t find these motherfuckers in a suit and tie. They’re aged in barrels and high on atmosphere. They crawl through the lines and drunkenly drag their bodies from bar to bar. These sounds have stories to tell. The entire mood settles like a thick fog of heavy dust and pollution to bring out the most beautiful of sunsets. It highlights the clear and cutting light of Billy’s words. This album is not some 4k ultra 3d experience of circus performers performing surgery on rainbows fucking each other. This album has shit to fucking say. It screams out to God in existential hatred on the first fucking track saying, “Muhfucka, you promised, you promised” as the chorus. It speaks about structures and figures that have let you down. The line “It’s not the heat, it’s the dust,” echoes throughout. This shit paints a post-apocalyptic portrait of the reality we’re living in with harrowing detail and it’s fucking ugly, humbling, and goddamn beautiful.