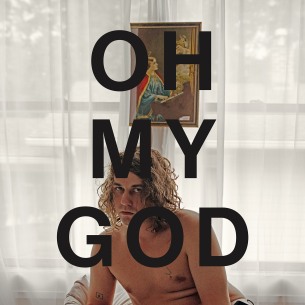 The world after Charles Darwin released his book, the one which proved evolution was a thing, was really fucking bleak. Imagine knowing, without a single tick’s dick shadow of doubt, that there was a god. Not some god, not a god. The fucking God: the thick bearded cloud-sitting motherfucker. That kinda life has an answer for everything. A reason for suffering. A perfect guide for your every step. Modern-day Christians don’t even have it this good. Pre-Darwin days were that sweet spot of stress-free living, existentially speaking. Why is there war? Because God. Why do I get sad sometimes? God. For the English world, the Church of England was the authoritative voice on fucking everything including science. So questions like “why is salt so salty?” were answered with, “Because God likes his shit salty.” It was stress-free, guilt-free, and completely under control. Then Darwin came in and fucked that all up with science. Then you got poems like Matthew Arnold’s “Dover Beach” which says shit like:

for the world, which seems
To lie before us like a land of dreams,
So various, so beautiful, so new,
Hath really neither joy, nor love, nor light,
Nor certitude, nor peace, nor help for pain;

Shit, that’s one heavy fucking hammer dropping hard as stone. There’s a pain in losing all these answers at once. We’ve all felt something like that. Kevin Morby felt that shit as well. After seeing all this fuckery, he looked up to the sky and screamed, “Oh my god!” He then thought to himself, as a non-religious person “Oh, my God?” A concept album was born.

This album is a non-religious person’s religious album. It’s secular gospel. It’s that organed, choired, honky-tonked, Baptist-driven intimate happy album. Not a single song feels cold, misunderstood, or outside of the main idea. The instrumentals are tight and warm. It’s Wilco as the church band and they’re on fucking point. It’s beautiful from start to finish. But, after a few listens, it reveals itself to be a pleading crisis. Kevin put on the big lyrical gloves for this motherfucker. The biblical references litter throughout. The double meanings are everywhere. Thoughts of suicide are put beside ideas of wanting to be clean. The “Hail Mary” prayer is beside the “Hail Mary” pass. These lines are more jam packed than a rush-hour bus in Mumbai. That’s when the full scope of this album comes to light. This shit becomes more than a nicely played secular gospel album, it’s Kevin’s plea to a god whom he knows doesn’t exist. It’s screaming into a pillow for comfort. It’s praying to nothing because sometimes that shit feels good. It’s standing in front of expansive landscapes and seeing a world without joy, love, light, certitude, peace, or help from pain and exclaiming, “Oh My God”. If these words are a prayer or taking the lord’s name in vain, we’ll never truly fucking know.