These are the Numan gospels of the early ’80s synth bible. Unfortunately, people have often lumped Gary into that pile of one-hit-wonder artists when, in fact, he’s one of the coolest motherfuckers to ever play the game. He revolutionized and defied genres and boundaries with a synth that he found abandoned in some studio. Shit was about to go in the trash. Without him and his wailing electronic chords, industrial rock, synth pop, post punk, and acts like Marilyn Manson and Nine Inch Nails, wouldn’t have had a foot to fucking stand on. Though his influence is massive, many still think of him as a joke. To combat this, we’re going to go over the three back-to-back motherfuckers canonized within Numan’s “machine phase”. 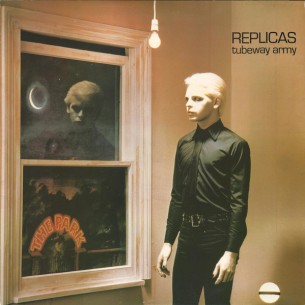 Yes, I know it says Tubeway Army on the cover. But Gary wrote all the fucking songs and that’s him on the cover. Just look at that beautiful bastard up there in his full regalia of a man/machine socially awkward nihilistic 20 something. Bowie influence? What the fuck do you think? Of course! More specifically, this influence comes from Bowie’s legendary album Low which was released two years earlier. But Gary had more synth, more punk rock, and more relatability than Bowie ever did. Bowie was a hell of a lot of things, but relatable just wasn’t one of them. Want an alien that came down to earth to teach us all about being sexually fluid? That’s Bowie. But Numan played it differently. He embodied the theme of the robot/man. A thing trying to understand all these human interactions, feelings, and all of our hella depressing existential crises. He was an androgynous punk rocker that sang songs about emotional distance (“Me, I Disconnect From You”), the multilayered fear of how technology will change the world (“Down In the Park”), and that hidden fear that the relationships in his life were merely an act (“Are ‘Friends’ Electric?”). He took the isolation and godless nihilism of punk and mashed it together with the ideas of Philip K. Dick, using a synth keyboard as the glue, back in 1979. Go ahead and pretend that’s not impressive as fuck. 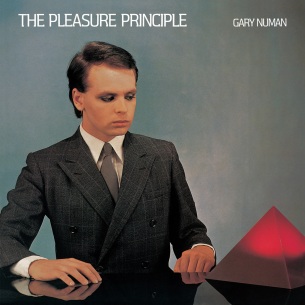 This is the album that gave Gary a name. The ninth track “Cars” has been played to death. It’s hard to listen to in relation to this album. When you hear it you think, “oh, that song”. You’ve heard it because we all have. At some ’80s theme party, you probably got stupidly drunk on shit beer and danced to it with flailing gestures and tiny and alarming pelvic thrusts. But there’s so much more to this album than its catchy single. Yet I get it. I’m not a complete idiot. I know how this album, and Gary Newman in general, may appear at first. By the time the first instrumental track weens out its thick synthetic line, you might even be laughing at the dated sounds. Shit can seem silly. I wouldn’t be surprised if you were making fun of it. But as soon as the beat hits on the second track “Metal” it’ll be too late for you. By then, you’ll be fully Numan-fected, Numan-filed, and Numan-fucked. And when that silly synth somehow shifts into something completely cool and edgy, and you dig deeper into those lyrics, you’ll find a wealth of complete and beautiful songs that are catchier than chlamydia in the ’80s. Gary comes back with a more refined idea of his metal/man persona. Also, you’ve probably heard the song “M.E.”. It’s the main fucking sample in Basement Jaxx’s iconic song, “Where’s Your Head At”. This shit’s so good it’s a multi-generational hit machine. That’s not luck. That’s good fucking songwriting. 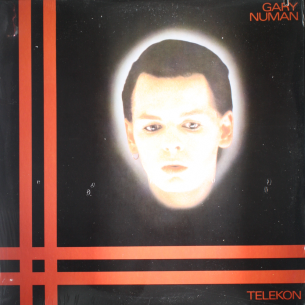 Trent Reznor listened to this album every single day when he made Pretty Hate Machine. He said that himself. Without Telekon there is no Pretty Hate Machine. A couple listens through and it’s easy to see why. This album’s influence on industrial music, and electronic rage and disdain in general, is pro-fucking-digious. It’s also the most overlooked of these three albums. While Replica has the joy that could only come from premiering a new idea (rough, raw, and entertaining as fuck) and The Pleasure Principle has some of the catchiest shit ever fucking made (a complete player, start to finish), Telekon is a heady, deep, and unbelievably innovative. Numan drops the naive and kitschy punk-rocker mask to show off the thick meaty brain in his robotic persona. Dude references William S. Burroughs on “The Joy Curcuit”, plays Erik Satie’s “Trois Gymnopédies”, talks about the vulnerability of youth in “We Are Glass”, and reveals his atheist depression and anger at a godless world in “This Wreckage”. Every fucking song on this motherfucker is laden with meaning and depth. Yet, due to this album’s complexity and nuance set next to The Pleasure Principle’s many earworms, Gary would forever be stamped as a one-hit-wonder. Motherfucker sacrificed his fame in order to tell the truth. Now that’s some cowboy level kinda shit.

Now that modern ears can hear an ’80s synth keyboard as an instrument, instead of dated tech, more Gary Numan fans are coming out the woodwork. This shit’s not ironic anymore. You can finally enjoy it for what it fucking is: good music. Gary no longer holds the place at the butt end of a joke on some late night music channel, because that late night music channel doesn’t even fucking exist anymore. And when Numan is measured for the worth of his songs, the wealth of his ideas, and not the date of his synth, he’s a goddamn ’80s goldmine that revolutionized multiple genres and continues to inspire the minds of multiple fucking innovators. And even if you’re an asshole that still thinks Gary Numan is a one-hit-wonder, you have to admit that this one hit cracked the musical world in fucking half.