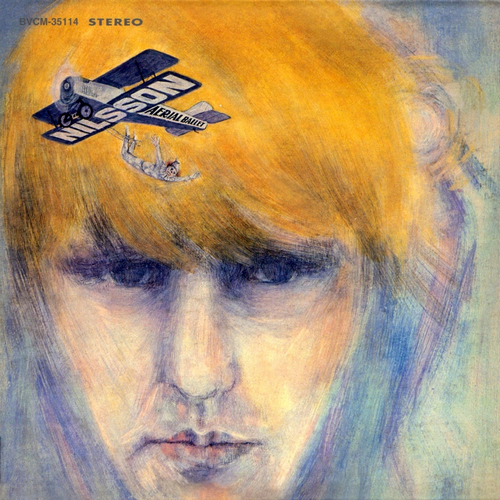 There’s only one answer when someone asks you who your favourite Beatle is: Harry fucking Nilsson.

Back in 68′, the Beatles were asked their favourite American artist, Lennon replied “Nilsson.” Later on, in the same interview, when the Beatles were asked who their favourite group was, they answered again, “Nilsson.” On the two previous nights, both John and Paul called up the guy at four in the morning, without ever having met him, just to tell him he was dope. Harry thought this shit was a dream. Years later, John would spend a week so famously full of pure fucking debauchery that it’s gone from history. Poof. Yet, somehow, around this time these annoyingly talented and famous fucks made an album together called Pussy Cats. They also ended up in a club called “The Hollywood Vampires” where entry meant outdrinking Alice Cooper and Keith fucking Moon. Nilsson became symbolic for what the group was about. It’s also a week where Lennon broke up with Yoko. Harry out rock-stared the biggest of rock stars on the reg. He’s king fucking rockstar. His lazy Monday is your most drug induced, alcohol driven, and sexually adventurous weekend of your life. Harry was bigger, badder, and harder. And he sang like a goddamn songbird.

Harry’s life always moved like an avalanche. No joke, his grandparents (which he was super fucking close with) were Swedish Circus performers and dancers especially known for their aerial ballet (Cough! Look at the title of the fucking album. Cough!) He worked at an early age cause his family was broke as fuck. He dropped out of school in 9th grade, a fact he lied to the bank he was employed at. But, in true Harry style, even after the bank found this shit out they kept him on because he was that fucking cool. Harry started writing songs when he covered tunes on a ukulele, would forget the fucking words, and just come up with his own shit. He eventually started singing on demos for 5 bucks a pop (These tracks were re-released after Harry got famous. A producer called up Harry to figure out his payment and Harry said, “I already got paid. 5 bucks a track.”) Little fucking Richard (ya, that one) heard Harry sing around this time and said, “My! You sing gooooood for a white boy!” This led to Harry singing with Phil Spector, writing many songs for the Monkees, releasing an album with Randy Newman, and releasing his own debut album. Huh?! How the fuck? No one knows. That’s Harry. Fuckers wanted a piece, especially after the deep love from the Beatles, so people called up RCA to find out when Harry would be in town.

“Hi, I was wondering if I could talk to Harry Nilsson’s agent or manager. Are either of them there?

“No, don’t think they are. But you’re talking to him.”

“This is Harry. I write songs out of this shitty RCA office for some fucking reason. Anyway, what do you want?”

“Um, okay. I was wondering, when was the last time you played a show?”

“I haven’t played a show.” Harry lights up a smoke.

“Um, alright, can you tell me where you’re playing next at least?”

Harry achieved all his success and never played a single concert for a paying audience (small shows for friends only). Nowadays, this shit’s more common with internets and quarantines. Back in the ’60s and ’70s, this didn’t exist. Dude’s life was truly insane. Every year a new Harry story seems to pop up, even after all these years since his death back in ’94. And each one is equally ludicrous. Check it: He created one of the first remix albums. One of the big pop hits he wrote for the Monkees (Cuddly Toy) was, according to the liner notes, about “a Hell’s Angels gangbang.” He wrote the soundtrack for the major flop Popeye starring Robin Williams (supposedly Harry sized mountains of coke were snorted by both continually throughout the shooting). His children’s movie, “The Point,” was narrated by Ringo Star. He ripped a vocal chord while making the album Pussy Cats with Lennon (I swear this shit happens at the end of the title track “Many Rivers To Cross”). So on and so fucking forth. The man was a legend amongst legends. An idol amongst idols. In fact, he was so fucking big that it obscured just how good and smart this fucker really was.

Aerial Ballet didn’t, and doesn’t, have the success of Nilsson Schmilsson. Yesterday, Ty Segal even released a cover album of Nilsson Schmilsson (it’s really fucking good) demonstrating that this is still the album that everybody’s talkin’ about. So, why the fuck am I writing about Aerial Ballet? Because it’s Harry’s fucking best. I don’t care if the world disagrees. This shit is king. It’s the one that shows who the fuck he really was. First song, “Daddy’s Song” is all whimsical and fun and happy-go-fucking-lucky, just like Harry. But a thin dive into the lyrics and the pitch whistles at a different tune. Check out the lyrics on Harry’s, “1941”:

This shit is autobiographical. No shit, Harry’s father abandoned him when he was 3. So to start an album with a track called “Daddy’s Song” is so tongue-in-cheek the shit’s busted through the other side and chunks of cheek are dripping off that bloody tongue. But that’s Harry. That’s this album. That’s his fucking genius. For instance, the next track, “Good Old Desk” is a love song to a desk. What? Ya, it’s a love song for a fucking desk. And if you’re one of those high-flying shits that enjoys ignoring their problems down below like an emotional high-wire circus act tight roping across that giant void of despair (cough! COUGH!) then that’s all this song will ever be; a lovely song about a piece of wood. But, look closer at that title. Hmm. Something’s fucky. What’s the first letter of each word spell out? God… Wait, God! Is this shit a love song for a desk or Nilsson explaining his complicated and atheistically leaning relationship to a god figure he admires and loathes? Well, motherfucker, it’s both. Because both a desk and God, according to Harry, “never say a word” and, “it’s perfectly alright with me.” Hot ruby finger fuck, that’s clever. Other tracks on this album like, “One” and “Everybody’s Talkin’, have this same thin veneer of humour and jest hiding a deep black hole of loneliness and existential despair. And it’s this play between the two that should make this album, and Harry Nilsson, a legend. But that’s not what the motherfucker’s known for. Harry was the admirable druggie and drunk full of good times, fun stories, and a beautiful fucking singing voice. This is what most people want, and wanted, to know him for. Maybe it’s easier that way. Maybe, like Kurt Vonnegut, it’s easier to imagine an active war zone as an alien planet full of hot babes with big tits and laser guns. Maybe it’s easier to imagine that our childhoods were happy and fun and nothing-bad-ever-happened-so-shut-the-fuck-up-already! Maybe it’s easier for some people to think a deadly pandemic virus is nothing more than the flu. Shit all depends on how much you like aerial ballet.

So, who’s your favourite Beatle?

Ya… I fucking thought so.