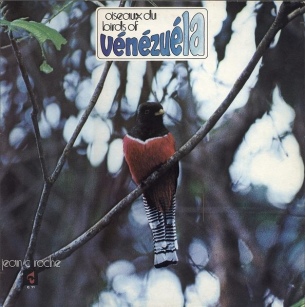 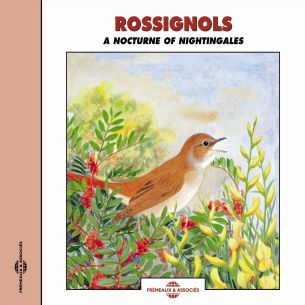 “Fucking Birds?” you ask me after realizing what’s on these albums. “Why the twiddle-dee-fuck would I give a twaddle-dee-shit about fucking birds, Brightly?” Well, let me tell your sweet ass.

You could be next to a kid so high off sugar they’re hallucinating the Hindu goddess Chinnamasta ironically fucking their favourite parent’s neck hole and so, expectedly, they’re screaming their guts out and won’t stop. You could be stuck within some small secluded box, forced to inhale thousands of recycled farts next to a refrigerator motor. Your ass could be hanging out of a hospital bed as the TV in front of you is stuck on golf. You could be deep underground recycling used tissues now that Pornhub Premium is free but, in some nasty version of the Twilight Zone, toilet paper is suddenly a limited resource. You could be with a partner or a pet. You could be alone. But all of us are spending a shitload of time inside in order to save lives. That’s the situation. And it’s royally fucked up.

So, what do you do if you can’t just open the door into beautiful nature? You’ve seen the shows, watched the movies, whatever sexual organ you can find is raw, the brain hurts from books, and you’re so full of the garbage food, which you won’t stop pounding down that face hole like malfunctioning construction equipment, you’ve begun to shame cramp. At a time like this, put on nature sounds and take a deep breath. It fucking helps. I promise. But you’re not some fucking greenhorn that puts on just any nature sounds. Fuck no. You’re a goddamn audiophiliac. You know this shit. You know the French ornithologist and wildlife field recordist John C. Roché has done this shit for over 30 years and has released over 130 albums. The dude is a goddamn pro. His equipment is top-notch, his shit is tight, and his recordings are clear as fucking crystal.

So, why these two albums out of over a 130? Well, lots of John’s recordings weren’t meant to create a vibe. He would record some bird for 6 seconds and move the fuck on like some cold-hearted bastard. But, one day, he just let that shit go. He was recording nightingales and just didn’t stop. The track titles tell the rest of the story. “In A Mountain Forest In Northern Greece” was recorded in a fucking mountain forest in Northern Greece. How about “At the Edge Of A Forest Beside A Lake?” You’ll never guess, it was recorded at the edge of a fucking forest beside a goddamn lake. See how this shit goes? And this album is gorgeous. It’s sweet. It’s literally songbirds singing for about an hour. So, ya, it’s pretty fucking real.

So, why is this Venezuela album also included? Cause it’s fucking badass. If “Nightingales” is John’s opus to a benevolent god then “Venezuela” is an homage to the strange and heartless fuck that created all this shit. The song of the Potoo (the creature on the album cover) is metal as fuck. I can’t believe most of these sounds are birds. It sounds unreal, but it actually isn’t. And if it didn’t have John fucking Roché written on the title, I wouldn’t believe it. John is the GOAT bird field recordist. And these albums fucking prove it.