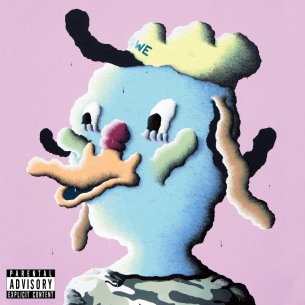 You’re in some big brand hardware store looking for some shit. It’s nuts, bolts, and wood forever. There’s an entire aisle dedicated solely to hammers. The employees working in the plumbing area speak their own dialect. The lighting area feels like a different country. Exiting no longer feels possible. An irrational distant piece of you fears you’ve stayed too long. “Do I work here now?” you ask to yourself half-joking, “Is this how they get new employees?” Of course not. That’s a stupid thought. “Though,” you think once more, “it would be irrational to think they didn’t get at least one new hire this way.” You’re in some back corner of the store where there are more brightly-vested than non-brightly-vested people. Two young vested men intently listen to one of the younger and prettier vested girls tagged with a “trainee” pin. As you walk past you hear one of the young men whispering to her, “you shouldn’t have to stand for that. I would never treat a girl…” before the dialogue is too quiet to hear. Some of the vested snack on single serve chip bags. Others sit on lawn chairs “borrowed” from the Garden Center. A single forklift looks like the only thing working. The driver sitting on top is quiet and introspective. He doesn’t talk to anyone. He doesn’t seem involved. He goes to make a turn as two distracted employees walk in front of him. He doesn’t shout or beep a horn. He merely sighs before carrying on his work. Later on that day, after you found your shit and peaced the fuck outta there, you think about the dude and feel like you understood him.

Well, not only did that dude release a fucking rap album, motherfucker was part of Odd Future.

If you don’t know Odd Future then you’re way behind on your rap trivia. Huge names like Tyler, the Creator, Frank Ocean, and Earl Sweatshirt came from this famous collective. So did Hal Donell Williams Jr., aka Pyramid Vritra, but as deals were being signed for all his buddies he got called back home. You think the dude would be bitter for not getting his share of spotlight tan but he doesn’t “mind it, because the people that matter count me as a member in Odd Future”. Of course he “would have appreciated being financially stable, but the problems and situations that came from that, I partially feel like it was better for me to not benefit from that”. This is what Hal is like. He’s a goddamn monk of a man that’s as honest and real as you can get. He’s the words and rap behind Wilma Vritra, the other half is the London composer/producer Wilma Archer. Together, these two make a truly unique album.

When everyone else is trying to blow up the sound palette with bright colours, Wilma Vritra try to paint something honest with their tones. It’s subtle, chill, and mellow. Thought the instrumentals feel fresher than glacial ice, these songs don’t boast about big dicks and tits. It’s all about them poetics and realness on this one. “The Hill,” speaks about intimate experiences with lines that make you double take like “The only picture I can paint is the one that I see. Put you in frame, I’m out my frame, I’m runnin’ out of speech.” Word? That line is so raw and real I think it jumped back in the ocean. Subjects varying from repercussions of digital socialization and racial profiling steam through this album. This shit gets to the point without having to draw blood. And all of this wisdom and insight came from a forklift operator working at Lowe’s. If this shit doesn’t make you think twice about how you’re treating strangers, I don’t know what the fuck will.