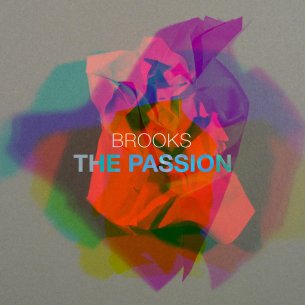 You ever listen to some funky bass-slapping line from Prince and think, “This would be a whole lot better with just a bit of harpsichord.” No? You haven’t? Well, the highly creative and innovative mind of Jeffrey Brooks certainly fucking has.

At first it’s hard to pin down Brooks. His most popular work “Dreadnought” plays like a jelly donut packed with too much strawberry junk and laced with LSD. It’s fun as hell, sweet as fuck, and much larger trip than you were initially expecting. Most of his works would play perfectly well as the soundtrack to Terry Gilliam’s Brazil if they weren’t so goddamn interesting. And like Gilliam, even at their most cerebral and frightening Brooks’s pieces have a childishness to them. I’m not saying they lack sophistication—these be sophisticated as fuck—but there is always a playfulness there. So if you find yourself buttoning your coat up too tight, or if the words most often used to describe your personality are “conventional”, “yawn”, or “giant fucking douche bag”, it’s very possible that Brooks will go over your head, across an ocean, and land somewhere in the land of Bach.

Sometime during the ’80s, Brooks met up with a bunch of other soon-to-be contemporary classical superstars like Art Jarvinen, Michael Gordon, and David Lang. If you’re drawing a blank, don’t worry. Contemporary classical players are very comfortable with being ignored. But dig into names like Zappa or Beefheart you’d find that it was Art Jarvinen pulling at their most interesting strings. Wanna appear super smart and innovative? Hire these kinds of motherfuckers. Gordon and Lang went on to start Bang on a Can, the parent organization for Bang of the Can All-Stars. If this sounds like some fucked up small world kinda shit, it’s because it is. And in the small contemporary classical world, Bang on the Can is a goddamn continent.

Bang on a Can are best known for their music marathons which have been described as “Lollapalooza advised by the ghost of John Cage”. Get a bit high, throw on a t-shirt and pair of jeans, and you’ll fit perfectly well at the Bang on a Can music marathon. It’s all the class of classical without the ass. These motherfuckers live on the outer edge of what music is and they’re laid back, fun, and unpretentious. It’s no surprise that Bang on the Can All-Stars are playing Brooks’s pieces, they’re of the same world and mind.

After the Treewatcher starts off this bitch with some majorly psychedelic guitar. After about 5 seconds in a tight line of strings swims around this main line. Already you’re in some uncharted territory. Capriccio on the Departure of a Beloved Brother is the second piece. It starts off with a hum from a vinyl’s static strip before playing some Satie like piano. After the piano fades, rock drums and harpsichord take up the space. The third piece, The Passion, is the longest piece and ends the album. If you haven’t figured it out by now, Brooks doesn’t give a fuck. He’ll throw in an electric bass next to a piccolo if it gets him where he wants to go. It would all seem too strange and silly if it didn’t work. That’s Brooks. His pieces are made out of an odd assortment of instruments. They can sometimes sound a bit funny. But it’s like watching a kid build a rocket-ship out of a refrigerator box and things found around the house. It’s fun. It makes you smile. It makes you wonder how you suddenly became so cynical. The big surprise comes when the fucking thing leaves the stratosphere.