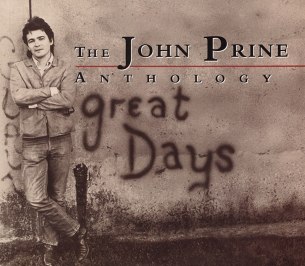 When you listen to an album a day, sometimes you just don’t have the ear for it. It’s called listener’s fatigue. We all know it. You scroll through tunes and everything feels so far away. It’s like those fucked up dreams when you’re running towards something, but the thing you’re running to doesn’t come any closer no matter how fast you run. It’s those long drives when you scroll through the radio and everything just sucks. That’s today for me. So, if you don’t like the way things are sounding so far, just skip the write up for today and come back tomorrow for our regularly scheduled programming.

On days like this, which don’t come often, I reach into my magical bag of fucking treats and pull out an album that has completely levelled me once before, and listen to it in full. Not just in that calm, “I feel so level after paying off that debt” kinda way, but in the way a wrecking ball and bulldozer level a building, or a fire levels a forest; a conflagration of the fucking soul. Something that totally fucking floored me. As in, my mind had to rewrap itself into a ball and my personality needed to evolve after listening to this shit, type of album.

Enter stage right John Prine’s “Great Days”: If you haven’t heard John Prine before, I envy you. I especially envy you if you don’t like country music. Cause, motherfucker, a whole goddamn world is about to open up for you. I grew up with a lot of country. But before Prine, and others like him, I didn’t really get it. Bluegrass? Sure. Folk? Fuck ya. But country music didn’t make sense to me. I thought it was made for stupid conservative yokels romanticizing “the good ol’ days’ when women couldn’t vote and white people could still have slaves. I fucking hated it. John Prine has all the things people generally hate about country music. Slide guitars and fiddles and three chords that can be played by vapid, dim-witted, inbred, gullible brains. It has that sound that separates folk from country. That thing that makes Rolling Stone writers and readers cringe and clench their assholes. It’s the sound that makes generations of listeners plug their ears and cling onto the belief that the Beatles were the greatest songwriters to have ever lived (Ob-La-Di, Ob-La-Da, fuck that shit). Prine’s voice is alright. He’s a step above Dylan but not by much. But sweet holy fucking Kellogg’s Christ flakes born out of a whore’s ham hock, his fucking lyrics. What’s even better, the lyrics don’t make as much sense unless they’re played behind vapid, dim-witted, inbred, gullible country chords. It’s part of their humour, their charm. Without them, and that country sound, it’s just not the same. It’s the setup for the joke. And now, it’s just how I fucking like it.

He’s a story that might help illustrate Prine to a few of you: Bill Murray and Hunter S Thompson were hanging out one day. Bill turned to Thompson and told him he was depressed and didn’t know what to do. Hunter responded, “We’re going to have to rely on John Prine for his sense of humour.” Bill listened, loved what he heard, and came back on top once more. True story.

This is the type of lyricism Prine has. Smart fucking dudes listen to these songs and are fucking smashed over the head with how real, sad, and most of all, hilarious John Prine is. He can jump-start careers and ruin marriages in a single line. I’ve looked over a bunch of his lyrics to show you an example of this. Problem is, I can’t choose just one. The words in his songs are like towels used to soak up a flood in a basement: they’re heavy; there’s so much inside them; you can hang them up and wait for days and still more will come out; and in the end, no matter what you do, it will never represent the depth and weight of what it was meant to carry. Prine is a giant of songwriting. They should carve his face in a fucking mountain. He’s coming out with a new album of original material after 13 years in one month (April 13) called “The Tree of Forgiveness” and you better fucking believe I’m listening to that shit.

Prine has this unbelievable way of taking me out of an existential funk. And he does so in this annoyingly simple way. He doesn’t patronize or pander or tell me lines like, “Tomorrow’s another day.” Cause, ya motherfucker, I know that! Do you think I’m an idiot? It’s one day after another. That’s the fucking problem! Then I press play and some silly sounding country chords drool out and a folksy voice sings into my ears, “A bowl of oatmeal tried to stare me down … and won.” And I can’t help but empathize, relate, and most of all, laugh. I step back and analyze myself with Prine’s unique humour and perspective on life. And that’s it, I can’t wallow anymore. The motherfucker, once again, has levelled me.