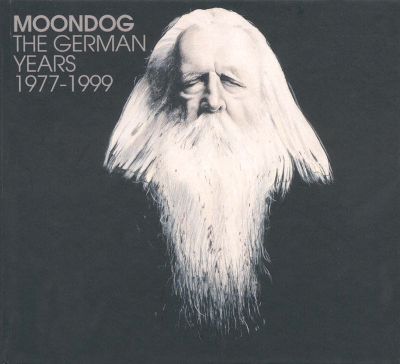 We’re walking down 6th Avenue in New York sometime between the 1940s and the 1970s. On the corner sits an old man. A white beard hangs over his chest. Atop of his head he wears a giant Viking helmet with two curved horns coming out the top like a set of pointy brackets. A threadbare grey robe covers the rest of him like a blanket. For additional support, he stables himself against a long spear. He requires this because he’s been blind since he was sixteen. The old man likes it here. This is his corner. Most days he sits here to listen to the sounds of the people and the city. Mothers hold on to their children’s hands a bit tighter as they walk by. A few kind people drop change next to him but maintain that respective distance strangers create when they walk by someone they feel is “unwell”. Right? Because he must be a little loopy. He’s called “the Viking of 6th Avenue” for fuck’s sake. Sane people don’t get such nicknames. He’s a homeless bum. He’s gotta be!? Right? … right?

Andy Warhol said of him, “Moondog is a poet who versifies in sound” and when we listen to his music “we are entranced and delivered willingly into new worlds of meaning”. Actually, Warhol didn’t say this, he wrote it. It’s the fucking cover art of a Moondog album. Oh ya, I forgot, the old man likes to be called Moondog and he’s a musician. He named himself Moondog after a dog that liked to howl at the moon. Though, his real name is Louis Thomas Hardin. In the authorized biography of Moondog, famous composer Philip Glass wrote that he and Steve Reich treated Moondog’s work with the highest of respects and, “understood and appreciated it much more than what we were exposed to at Julliard”. Moondog makes exceptional and accomplished classical music. He’s a composer that tries to mirror the sounds of the world in his music. He met and was influenced by Leonard Bernstein, Arturo Toscanini, Charlie Parker, and Benny Goodman. He has also inspired many other musicians. Everyone from Janis Joplin to John Fahey to Antony and the Johnsons have covered his songs. His music is featured in “The Big Lebowski” and “Pineapple express”. In Münster, Germany, a stone busk of Moondog sits above the place where he is buried. I like to think that he’s still listening to the sounds of people and the city. Except this time, instead of mothers holding their children closer and stranger avoiding his space, they admire Moondog for the talent that he was.