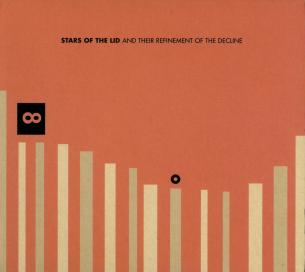 This album has been called a recording of someone’s refrigerator motor running for two hours straight, the snake oil of music, the most boring, unending, pretentious, swollen-headed, self-important, hoity-toity dribble ever made. It’s been laughed at and mocked. It’s been scoffed at and dismissed. It’s been reviewed as a “boring, tedious, cold, sterile album that has next to no redeeming qualities”. It’s also been heralded as one of the most important albums ever made. People continually comment how their lives have been irrevocably changed because of it. With all this controversy and opposition, you might think that this album must be pretty fucking weird. But it’s not. In fact, it’s one of the most soothing and digestible albums ever recorded. It’s music to put on when you want to lose all sense of time and space. You want chill? This motherfucker is a heroin ocean composed of warm clouds that are wrapped in a loving hug made of velvet bubble wrap.

For those that have never listened to, or heard of, drone music, the shit can seem pretty fucking stupid. Unending notes and melodies sustained to the point of a lethargic mess. At first it seems like just anyone could make this. Play a single note on some organ for an hour and, voila! But nothing could be further from the truth. Around twenty seconds into that single organ note, you’ll notice the sound becomes both irritatingly grating and incredibly boring. “Well, fuck,” you might think, “all I’ve got to do is change the note.” So you go up or down a semitone note and, voila! You suck. And all you’ve ended up doing is make a super slow and shitty version of the “Jaws” theme. Good drone musicians are like Olympic divers. If what they do looks easy and seamless, that’s only because of the countless hours of training, blood, sweat, piss, tears, and self-mockery that they’ve put into it. Minimalism does not mean minimal effort. When it comes to the masters of the drone trade, Stars of the Lid sit among the greatest chanting, “Ooooommmm”.

The brains behind this tranquil ’07 release are Adam Wiltzie and Brian McBride. They used instruments such as the guitar, piano, harp, clarinet, flugelhorn, trumpet, cello, and a fucking children’s choir to make this album. This album’s sense and purpose is, for all intents and purposes, to be classical music. Huh? Ya, that’s right, motherfucker. Sure, a few of you may listen to this and still think I’m out of my mind. You might think I spend my spare time lying next to running lawn mowers and yelling, “Brilliant!” to those that pass. But in a world birthed by chaos and dumb luck (both bad and good), it’s nice to listen to something soothing and simple just to reset. And for those of you that know and love this band and can’t await their next release, this is what Brian McBride, the amazingly talented and entertaining motherfucker, has to say:

“I mean, really, when you think of it, all this time that a record hasn’t been released—that was us releasing a record, but it was the most minimal record we’ve ever released and nobody knew it was a record.”